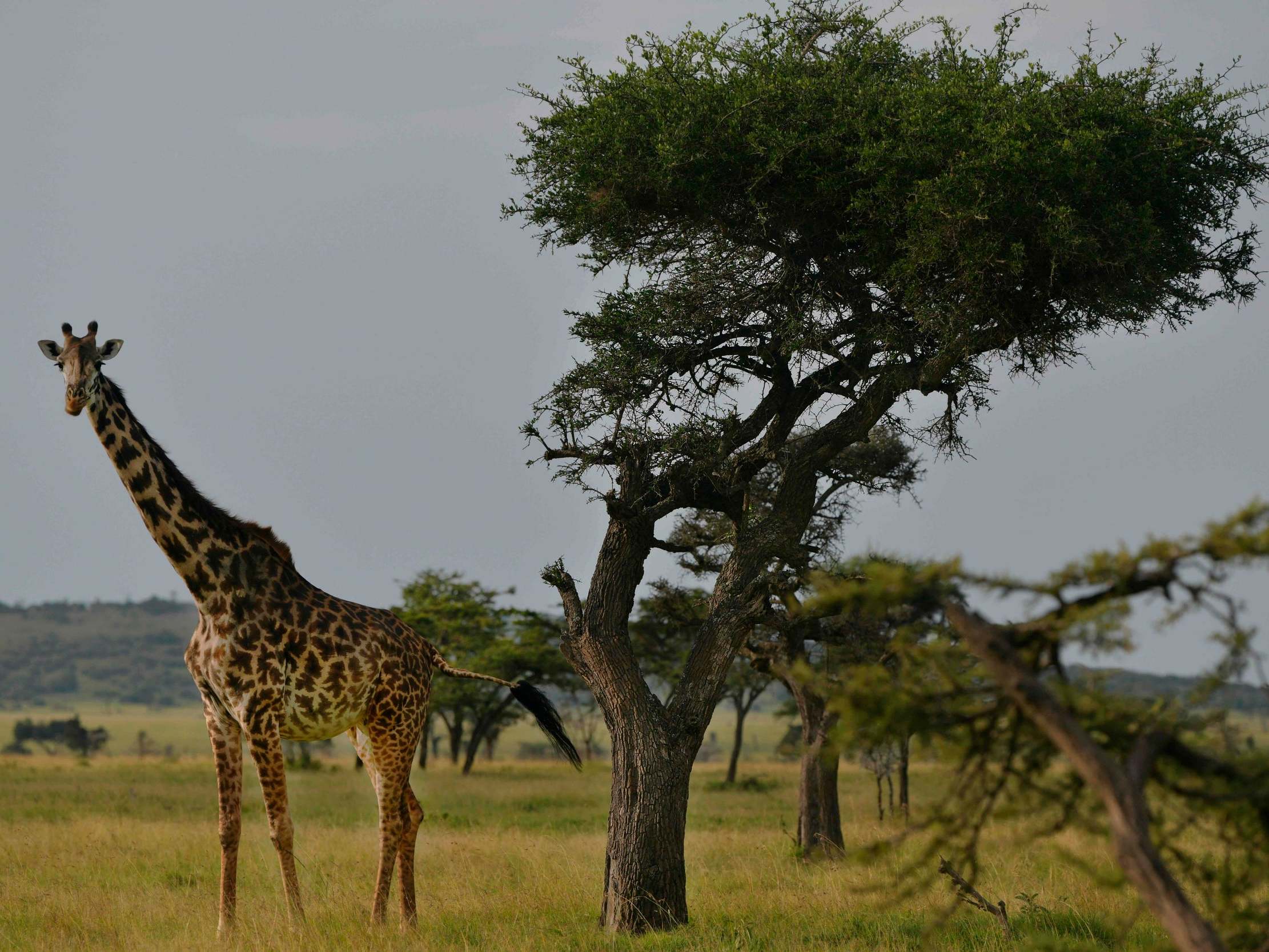 Since the mid-eighties, giraffes have been on a steady decline. Population numbers have dwindled by 40 per cent, leaving around 68,000 mature adults in the wild.

To put it in context, there is reportedly one giraffe for every four African elephants, which themselves are considered a vulnerable species.

Despite giraffes’ precarious status, dubbed a “silent extinction” by conservationists since the tragedy has happened largely unnoticed, they are not listed under the US Endangered Species Act (ESA). In fact, until last year, there were no international regulations to monitor their trade.

If giraffes were protected by the ESA, it would mean tighter restrictions on taking them from the wild, transporting or selling them. It could also unlock federal aid for cooperating countries who have populations of giraffes, according to its details.

Our Stop The Illegal Wildlife Trade campaign, launched by The Independent’s largest shareholder Evgeny Lebedev, is calling for an international effort to clamp down on the illegal trade of wild animals, which remains one of the greatest threats to future biodiversity.

In 2017, a coalition of conservation groups aimed to correct this by petitioning the US Fish and Wildlife Service (FWS), who oversee the law, to list giraffes.

After a two-year delay (and a lawsuit from the groups), FWS found that there was “substantial information on potential threats” to giraffes and listing them “may be warranted”.

However the decision-making process will not begin until 2025, to the alarm of some animal welfare activists.

“Given the level of threat and the urgency with which we must act to protect giraffes and many other species, we hope that the agency will act accordingly and make its decision to list the species as endangered much sooner than 2025,” said Paul Todd, senior staff attorney of the nature program at the National Resources Defense Council (NRDC), who was one of the petitioners.

Ben Williamson, Programs Director, World Animal Protection, US added: “The protection of giraffes under the Endangered Species Act is long overdue. These iconic animals are under threat from the usual evils of habitat destruction and poaching, and the misguided human curiosity that sees their furry tan skin turned into rugs, and long bones turned into trinkets.

“Designating giraffes as endangered or threatened would place much-needed restrictions on the ability of vulgar people with deep pockets and shallow souls to shoot them and import their body parts into the U.S., and will make more funding available for conserving the species in the wild.”

The International Union for Conservation of Nature (IUCN) Red List, which tracks the planet’s most at-risk species, has declared the giraffe “vulnerable to extinction”.

This article was first published by The Independent on 25 August 2020.