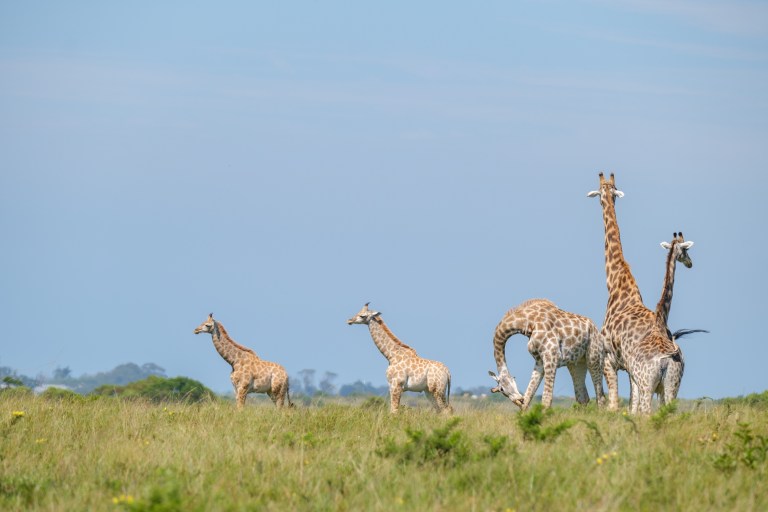 According to People, 15 Rothschild giraffes are now safely on solid ground. The rescue efforts began 15 months ago in early 2020 after flooding increased in Kenya’s Lake Baringo.

“We felt a great sense of urgency to complete this rescue,” David O’Connor, president of Save Giraffes Now, said in a statement.

“With giraffe undergoing a silent extinction, everyone we can protect matters, making this rescue an important step in supporting the survival of this species.”

All of the giraffes are now rescued and are together in a new sanctuary, the 44,000 acre Ruko Conservatory.

Save Giraffes Now, the Ruko Community Conservancy, the Northern Rangelands Trust, and the Kenya Wildlife Service (KWS) worked together to get the giraffes to safety.

“KWS is keen to grow the numbers of Rothschild giraffes in the country,” Dr. Isaac Lekolool, senior veterinary officer for Kenya Wildlife Service, said in a statement.

“The management of Ruko Sanctuary, in collaboration with the local community, has done a commendable job in efforts to conserve this rare species.

It brings us tremendous gratitude, joy and excitement to share that the final giraffes, including baby Noelle and her…

Sign this petition to stop giraffe trophy hunting in Africa.