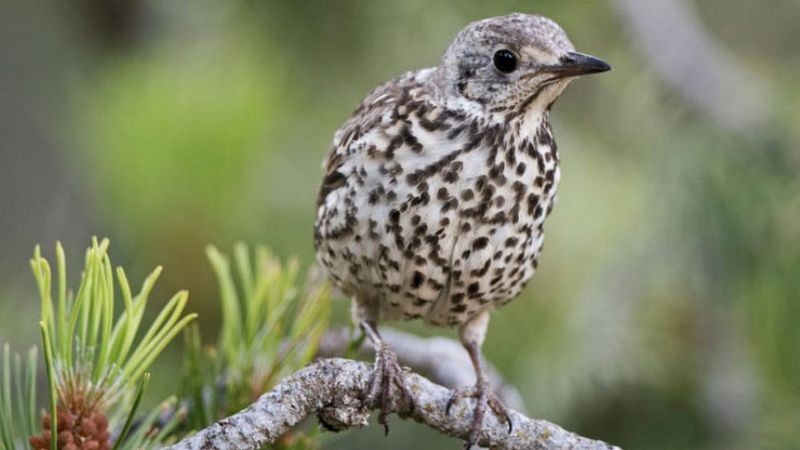 The suspension follows a warning to France from the European Commission that it could face legal action at EU level if the practice continued.

France is unusual in Europe for still tolerating the glue method, used to catch thrushes and blackbirds.

The hunting method is limited to five regions around Marseille and Nice.

President Macron’s decision came when he and Minister for Ecological Transition Barbara Pompili met the head of the French hunting lobby, Willy Schraen, at the Élysée Palace in Paris on Wednesday.

It is a suspension of the practice for this year, pending a legal opinion from the European Court of Justice (ECJ) on the issue.

Conservationists say the glue method is non-selective and cruel, harming not only songbirds but also other birds such as robins and tits.

In July the European Commission – which enforces EU law – gave France three months to address its concerns, warning that failure to comply with the EU’s 2009 Birds Directive could mean a case at the ECJ.

The Commission warning said France “has authorised several methods for the capture of birds, such as glue for thrushes, nets and traps for skylark and pigeons, which are not selective and are forbidden by the Directive.

“Member States may derogate from certain provisions of the Directive but only under strict conditions that are not fulfilled in this case, especially because most of the species captured are not in a good conservation status.”

Yves Verilhac, representing BirdLife International in France, said: “Some 64 species can be hunted in France, unlike the Netherlands which only allows two. The EU average is 30 species, making France the most forgiving country for hunters.”

Thierry Coste of the National Federation of Hunters (FNC) told the Euractiv news website that the hunters’ methods were already strictly supervised.

“Hunters capture thrushes for their birdsongs,” he said. “They observe strict rules, such as specific hours of day, releasing other birds and cleaning them.”

This article was first published by BBC News on 27 August 2020. Lead Image: French hunters go after thrushes – but other species get stuck in the glue too by Getty Images.