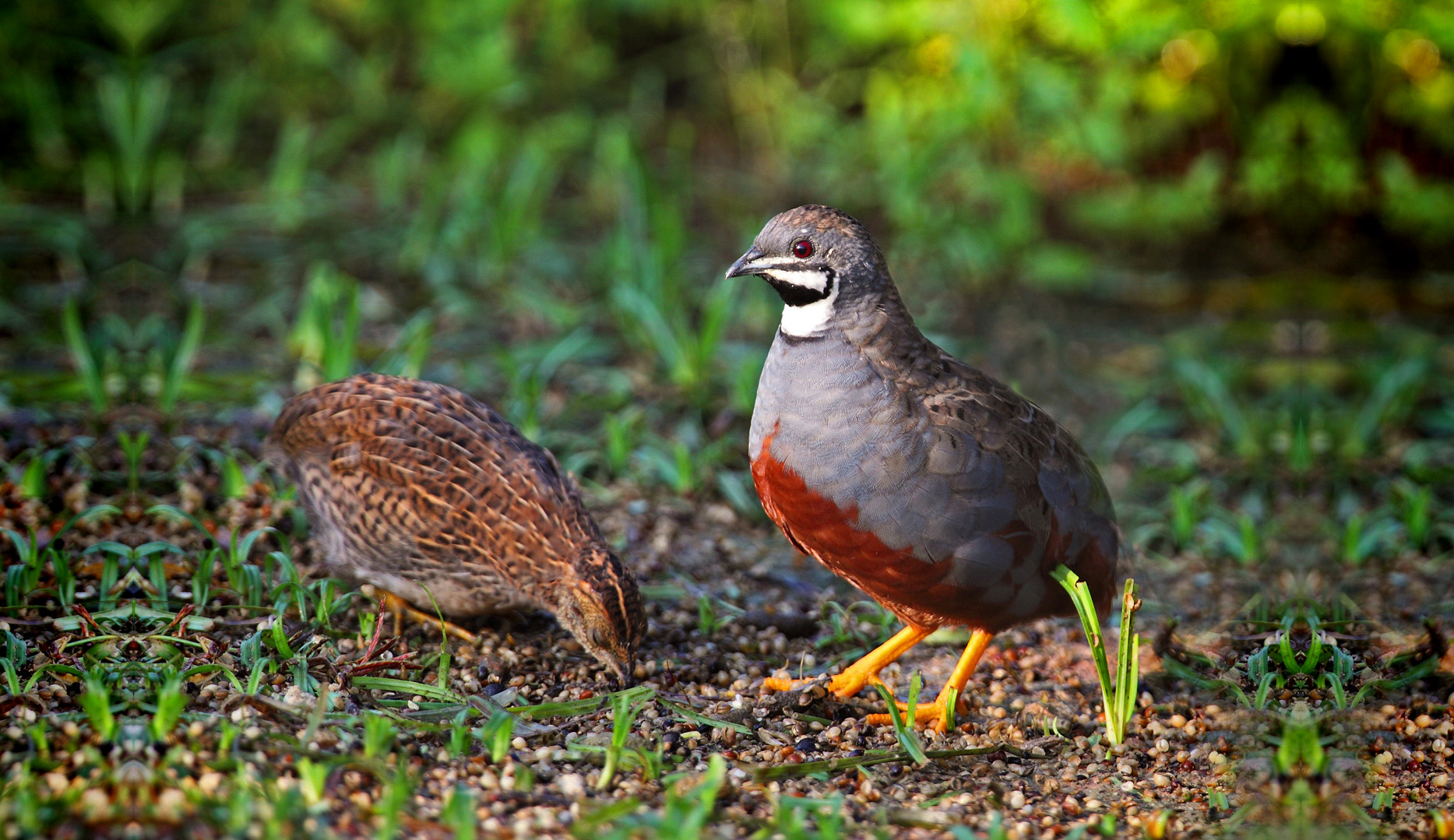 Nature reserves in large parts of Southeast Asia may be the last strongholds for charismatic ground-feeding birds such as quails, partridges and pheasants, together called galliforms, according to a recent study in Conservation Letters.

Researchers estimate that five species of galliforms no longer survive outside protected areas in Sundaland, a region comprising the Malay Peninsula and the islands of Sumatra, Borneo, Java and Bali. Extirpations are highest in Sumatra’s unprotected lands, where 50 percent of galliform species appear lost.

“We looked at Sundaland because it’s a region extremely rich in biodiversity, yet undergoing high levels of environmental degradation,” said Elizabeth Boakes, a conservation scientist at University College London and co-author of the study.

Deforestation rates in Southeast Asia are among the highest in tropics, making protected areas increasingly isolated. “But the amount of protected land itself is very small,” Boakes said. Nature reserves account for about 12 percent of Sundaland’s total land mass.

Some of these reserves aren’t permanent. In the last few years, 8,360 square kilometres (3,230 square miles) of Sundaland’s protected area has been lost to downsizing and downgrading.

Boakes and her team recognized that protected areas might only be part of a successful conservation strategy for galliforms. So they wanted to know the extent to which the birds survived outside of those zones.

“A lot of these species are charismatic, and people go out looking for them,” Boakes said.

The research team used gaps in the sighting history of each species to predict whether that species no longer existed outside protected areas. Statistical methods allowed them to infer extinction for species that were spotted frequently in the past with fewer recent sightings, as opposed to those that were only seen sporadically.

To Boakes, the findings were surprising. Her team found no sighting records for 13 of the 52 galliform populations outside nature reserves in the last 20 years. “I don’t think we expected there to be so many local extinctions,” she said.

“These species are very specialized in their habitat requirements. So they are not able to withstand, as far as we can see, change in their habitat,” said Dr. Philip McGowan, a galliform conservation specialist at the University of Newcastle, U.K. and co-author of the study.

In Sumatra, where the team recorded the highest number of extinctions, six galliform populations have been potentially wiped out. “Habitat loss is far more pronounced and far more advanced on Sumatra,” said McGowan.

But a scientist who works at IUCN critiqued the study by noting that the results could be an artifact of variations in citizen birding efforts from place to place and over the years. He reckons that if similar amounts of across-the-country birding took place in Sumatra, as it did on the Malay Peninsula, more out-of-protected area species sightings would be added there too.

McGowan agrees there may still be some unrecorded galliform populations outside reserves, but he stands by the main outcome. “I think we can have confidence that a pattern wherein some species are retreating to protected areas does hold true,” he said.

Nurul Wirani, a conservation biologist from the University of Indonesia in Depok, concurs. “This pattern is almost the same, not just for galliforms, but for other birds and animals too,” said Wirani, who was not part of the study.

But for protected areas to function at their full conservation potential, they must be connected by adjacent tracts of land where the birds also can live, Boakes stated: “For me, the aim of conservation is not having biodiversity isolated in little protected areas, but areas outside need to managed sustainably in ways that will accommodate biodiversity in the long-term.”

This article by Priyanka Runwal was first published by Mongabay.com on 10 Dec 2018. Priyanka Runwal (@priyanka_runwal) is a graduate student in the Science Communication Program at the University of California, Santa Cruz.

As with so many species of birds & mammals, not only their “protected areas” are being wiped out but the migration corridors they need are being shut down. All over the world. And the responsible party? Humans of course.