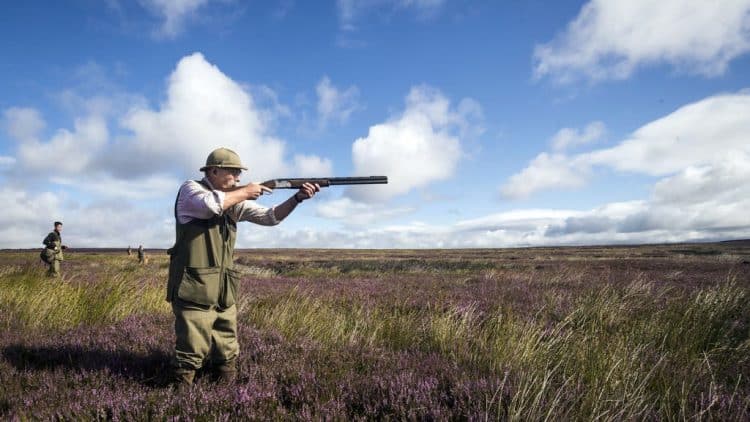 Almost three quarters of Scots are in opposition to grouse shooting, according to a new survey.

The survey, commissioned by the League Against Cruel Sports Scotland, found 71 per cent were opposed to grouse shooting, with only a “pitiful” 12 per cent in favour of the sport.

It comes after a review recommended introducing a licensing scheme for grouse moor shooting, prompted by poor breeding raptor populations.

Last December, Professor Alan Werritty’s review said the licensing scheme should be introduced if there is no “marked improvement” in the ecological sustainability of grouse moor management within five years.

A response to the review from The Scottish Government is expected to be published later this month.

The Diffley Partnership surveyed 1,364 people via the ScotPulse online panel in early October.

Robbie Marsland, director of the League Against Cruel Sports Scotland, said: “Almost a year ago, Professor Werritty said wider societal views needed to be taken into account and political decisions made, well here are those views.

“Seven in 10 people do not support grouse shooting in Scotland, with only a pitifully low number in favour.

“We are urging the Scottish Government to take these views into account when it responds to Werritty later this month.”

He added: “There is a circle of destruction that surrounds grouse moors.

“These moors account for enormous swathes of Scotland which deplete biodiversity, add to climate change pressures, employ rigorous predator control which causes untold suffering to tens of thousands of animals each year and make a woeful economic contribution.

“The time has come to move on from this archaic use of land and look at reviving grouse moors in a way which doesn’t revolve around a minority bloodsport opposed by the vast majority of Scottish people.”

A joint survey by Scotland’s regional moorland groups and the Scottish Gamekeepers Association found each grouse shooting visitor to Scotland spent an average of £3,593 in local communities this season, before shoot costs.

A spokesperson for Scottish Land & Estates said: “The huge social, economic and environmental benefits of grouse shooting are well-known, particularly for those living in rural Scotland.

“Only last week, a survey found visitors spent £3,500 each in local communities – this was over and above the direct booking costs of shoot days.

“The recent Government-commissioned Werritty review also demonstrated the importance of moors, with six gamekeeper jobs typically maintained for the same area of land that would need one shepherd if used for farming.

“An opinion poll organised and funded by activists ideologically opposed to shooting will inevitably attract a majority against grouse moor management but this will not accord with the view from our rural communities who witness the substantial contribution this sector provides, particularly during the ongoing pandemic.”

This article was first published by The Herald on 3 November 2020. Focusing on Wildlife is totally opposed to grouse shooting and condemns wildlife crime.