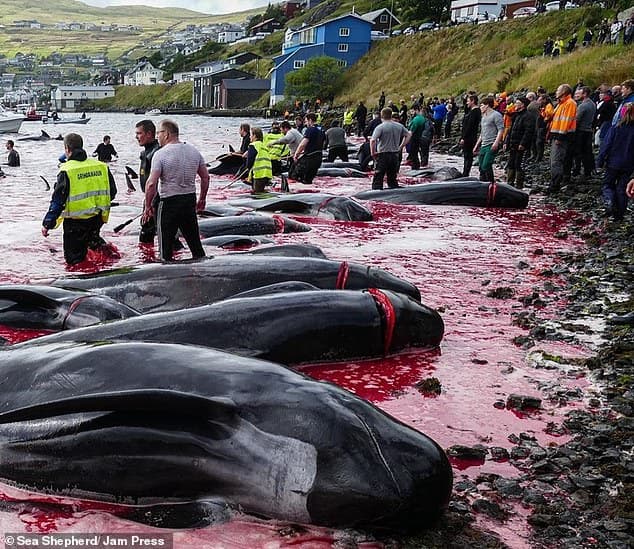 The hunt lasted for more than 5 hours with boats chasing the pod of whales.

The creatures are not yet deemed endangered.

According to a member of the Sea Shepherd organisation, this is not the first time this has happened this year.

Other pictures captured by the organisation show the dumping of the remains of the whales back into the sea with some people questioning why it happens in the first place.

This article was first published by The Mail Online on 29 August 2019.