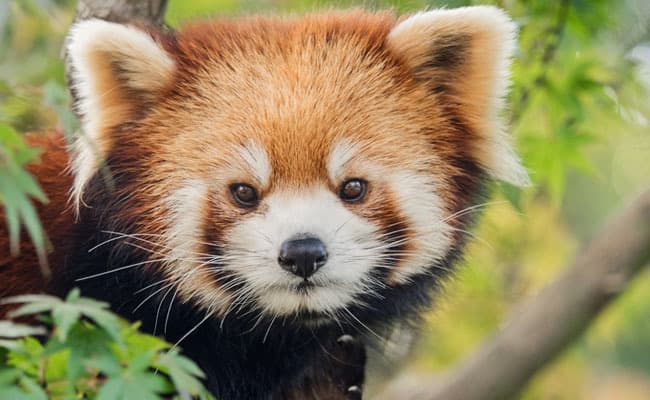 Red pandas are unquestionably adorable, but unfortunately that could be causing them problems. A recent rescuehas raised concernsthat their cuteness is making them vulnerable in the illegal pet trade.

In January, a random inspection of a vehicle by customs officials in Laos led to the discovery of six red pandas near the Chinese border.

The incident marks the first time red pandas have been seized in Laos, and it’s believed to be the largest red panda rescue there to date.

After they were seized, Free the Bears was contacted to help. The organization brought them to its Luang Prabang Wildlife Sanctuary in northern Laos. Tragically, three of them were in very poor condition when they were found. Despite emergency veterinary intervention, two of them died within hours of being rescued, and a third passed away the following day.

The individuals who were caught with these red pandas were arrested, and although they claimed not to know where they were ultimately headed, rescuers and officials suspect they were destined for the exotic pet trade.

Now, their advocates fear that people sharing cute images and footage on social media could make them increasingly targeted for the illegal pet trade.

“There hasn’t been much record of live red panda seizures,” Rod Mabin, regional communication director for Free the Bears, told National Geographic. “This is a worrying indication that they are becoming a desired species.”

That would be a major problem for red pandas. There are believed to be fewer than 10,000 individuals left in the wild, who are now classified as Endangered on the IUCN Red List of Threatened Species. They’ve declined by more than 50 percent over just the past two decades, and their population is expected to continue to decrease rapidly over the coming years.

They continue to suffer from habitat loss, fragmentation and degradation, diseases like canine distemper, and although they’re protected, in theory, they’re still being poached for their meat and skins. An increasing demand for them will only compound those threats and cause immeasurable suffering to red pandas who become victims.

While the three survivors are doing well, this case is a heartbreaking reminder about the true price being paid by wild animals who we think we want as pets.

In response, rescuers and others are reminding people that red pandas are wild animals, who also make terrible pets.

Free the Bears added in an update, “Red pandas may look cute but they are NOT pets. You definitely wouldn’t want one – unfriendly, difficult to keep & poop their body weight each week! Leave them in the wild where they belong.”

For more updates on the three survivors and ways to help, check out Free the Bears.

The idea that we humans are entitled to “own” wild creatures & keep them confined for your pleasure & amusement is so wrong. Any wild animal deserves to be left in the wild to live normally. Humans and their arrogance & dominance “theories”!