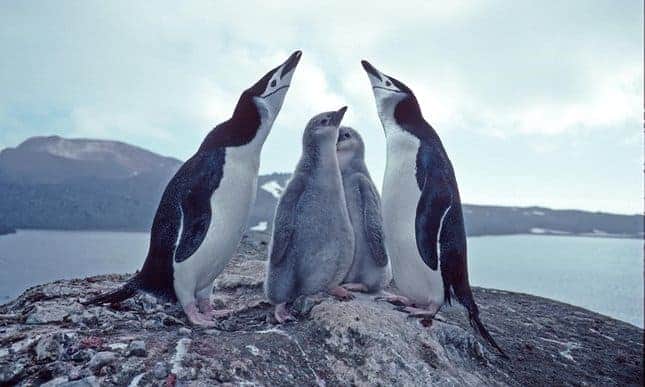 One of the world’s biggest colonies of penguins is at risk from a volcano that has erupted on their small sub-Antarctic island in a British overseas territory.

British scientists fear that Mt Curry’s eruption could have a serious impact on the 1.2m chinstrap penguins and nearly 200,000 macaroni penguins based on Zavodovski, one of the South Sandwich islands.

The colony of chinstraps is the largest of the species in the world, but there are now fears over their fate due to the ash and smoke drifting from the volcano. It erupted in March and is still spewing columns of smoke that have been captured by satellite images and fishermen.

The island is so remote that experts at the British Antarctic Survey (BAS) say it will be impossible to assess what impact the eruption has had until an expedition visits in December 2016 or January 2017, but the risk to the penguins is that at worst they could be buried alive in ash, burned or suffer breathing difficulties.

The danger to the 55cm tall chinstraps comes from the fact the eruption began during their moulting season. During this time, which can last six weeks from the first to the last bird in the colony, the penguins are not waterproof and cannot go into the water. 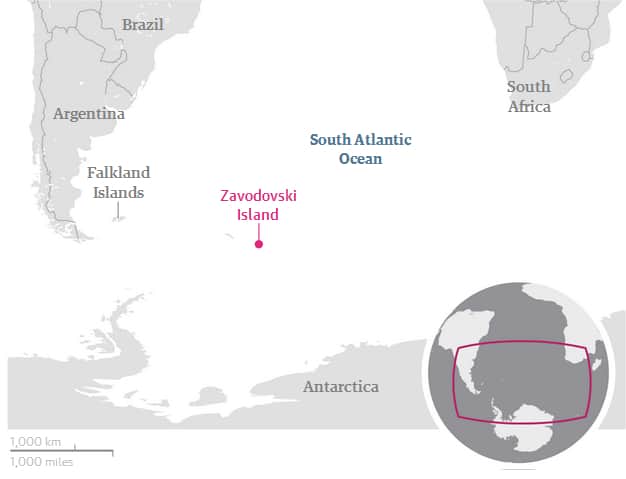 He added that consequences for the population could be “very significant”, a warning echoed by BAS geographer Dr Peter Fretwell who said the impact on the penguins could be serious.

The volcano is hundreds of metres from the penguin colonies to the east, south and north of the island, and the ash is being blown eastwards by prevailing winds.

Chinstrap penguins are a sub-Antarctic species that live close to, but not on, the continent. There are around 7.5m globally, and they live for 20-plus years, breeding two eggs each year, with chicks taking around three to four years to mature to adults. They nest on the surface of the ground, and feed on krill and fish.

Satellite images show Mt Curry is intermittently still blowing out plumes of smoke. It is the first time the island’s volcano has been witnessed erupting.

This article was first published by The Guardian on 06 Jul 2016.

You can't fool or fool with Mother Nature—it will just have to run it's course.

Erm right, Bonnie, so you'll be volunteering to travel there, meet the costs of setting up the rescue operation, rehab centre and staff it until the volcano stops, then soft release all these now habituated wild birds. As a biologist I'm all for conservation it but thats a crackpot Daily Mail reader type idea. I'm sorry but nature can be cruel and their hardly endangered with a "population of 7.5m world wide" (ICUN Redlist Status: Least Concern)

Zavadovzki Sandwich? Is that raw fish? The others were Bologna and Deviled Ham–and oh yes, I think Maui & Oahu–or maybe that's the North Sandwich Islands.

THEN RESCUE THEM YOU IDIOTS!