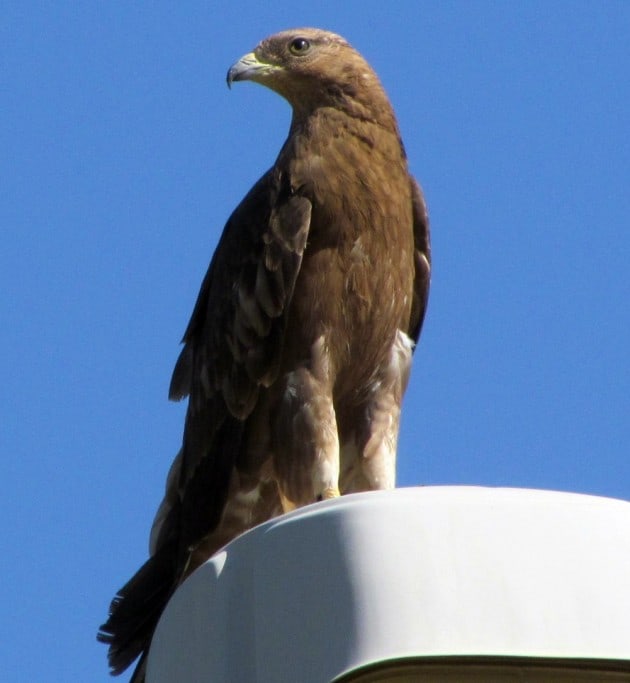 I was once deep in the Libyan desert visiting a government farm when four common crane flew up out of a field. Not again.

These two incidents are part of the beauty of working and birding in places very few birders reach. There are simply many more and varied birds than the books present.

I could catalogue many more examples of my Libyan experience but I won’t. Instead, I’ll share with you how it’s happening again in Saudi Arabia where I now bird watch. But first a little context is called for.

I am now working in Riyadh. The birding locally is surprisingly good. The residential compounds in the city and the farming districts of Kharj and Dirab are within easy driving distance. However, the jewel in the crown is the Wadi Hanifah valley with its lush green vegetation and lagoons courtesy of the treated-water “river” from a city of nearly 6 million people. Go to Wadi Hanifah for breeding white-throated kingfisher and four types of breeding heron and bittern, and wintering birds by the bucket load including even a few black stork.

However, it is Riyadh’s central position in the country along with the excellent and cheap domestic flight network that is transforming my birding. You can leave Riyadh on Wednesday evening, which is the start of the weekend, and return on Friday evening with change from 100 quid.

Take last weekend when I visited Najran. It’s a city on the eastern and dry slopes of the Asir mountain range and right on the border with Yemen. One mystery bird of prey in the local park turned out to be a honey buzzard. But they winter in Ethiopia and farther south and west of there, don’t they? This is at least 350 kilometres way. Hmm… let’s look at it from the bird’s point of view. He is flying towards Africa on his normal route and he finds a forest, albeit man-made and unnaturally there. However it’s just like the ones he sees in Africa and just as warm. After all, he doesn’t need a Saudi visa or landing permission so he stops there. Why bother to go on. He doesn’t.

And then there was an Arabian serin in the same park. Hasn’t he read the book (this time the best seller for the Middle East) that says he doesn’t belong below 1500 metres? So what’s happening and what can we and especially I do about it?

First, as Jem Babbington pointed out in an earlier article on this website, Saudi Arabia is very under-reported. It’s our duty as local birders to report what we see. But will anyone listen? I blog to a small but loyal audience but that’s not enough.

I have been introduced to e-bird as an electronic database of findings. I use it now. Will anyone who writes guides notice the data?

Second, the few tours and scientists who visit Saudi seem to go to the same places each time and I understand their reasons. They are few in number and concentrate on the main chance: the mountainous Abha and the sub-tropical coastal Jizan in the south-west. However, the devil’s advocate in me says it’s like returning to a 1000 piece jigsaw every two years or so and always placing down the same first two pieces.

My next trip will be to Baha, next door to Abha and ironically an anagram of it. It’s nearly as high as Abha too, yet it’s closer to the coast. I predict it will surprise.

Great article, Rob! I am also in an area (East Asia) which is recording new discoveries each season and it is always interesting to find anomalies from the standard guide books. Talking to my friend Mark Brazil, who wrote the best English-language guide for the birds of my region, he says it is very difficult to keep a field guide up to date because the “cut off” is several years prior to eventual publication, so that each “updated” edition will be already a few years out of date. Guide book writers are also having to contend with different taxonomies and… Read more »

John, sound advice. There are two obvious names to get in touch with about sightings and of course there is some onus on me to keep good records through e-bird.

Rob, your article gives a tantalizing insight into the diversity of birding habitats in Saudi Arabia. It’s also apparent that the guide books are often wrong and usually written by people without on the ground, local knowledge and experience. I guess the moral of the story is “go there and experience it for your self”. What type of habitat exists in Baha and which are the main species, which you expect to find there?

Ken, don’t get me wrong, I have no qualms with guide book writers! They can only work with what information there is out there. My aim and that of a couple more of us is to provide more information. I ‘ll only start complaining about them if they don’t use it. As for (Al) Baha, its is divided by huge rocky steeps into two main sectors. To the west is a coastal plain, Tihama. East is the mountain range of al-Sarawat,also known as al-Sarat, with an elevation of 1,500 to 2,450 m above sea level. It is agricultural and forested.… Read more »

Rob, with this diversity of habitats in the area, there should be many interesting species to capture – looking forward to read about your discoveries.