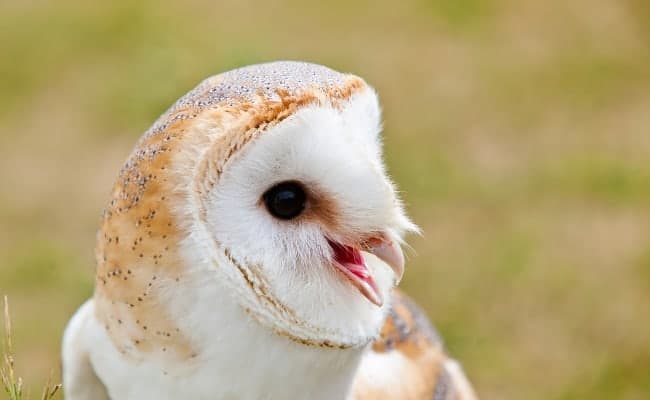 Owls make for stunning photography subjects thanks to their unique appearance and air of perpetual astonishment, but they’re also the source of a hot debate in the wildlife photography community. The main point of contention? “Baiting,” or the practice of putting out mice or other treats to draw the birds of prey closer.

I first heard about this controversy while on an owling walk a few weeks ago, and I quickly found myself falling into a rabbit hole of an argument that reveals a lot about the ethics of wildlife photography.

The growing accessibility of camera equipment, paired with a reemerging appreciation for nature, means that more and more photographers are seeking the perfect wildlife shot. An owl swooping down after prey can be visually striking, and also a rare moment for a photographer relying on timing and patience to get a picture.

My wildlife photographer friends rely on tactics like camera traps, camping out and waiting for hours, sometimes not even getting a single usable shot on any given day. But there’s a shortcut: Put out a meal or something that looks like one.

A Canadian birder wrote about an awkward and upsetting encounter when she got wind of an owl for her life list and went to check it out. When she arrived to see a great grey owl in person, she found a crowd of birders and photographers.

At first, she thought that the group was simply appreciating the bird, but she quickly realized that the photographers were tossing out mice to get better shots. The owl started behaving strangely, and she found herself in an ethical quandary, wondering if she should say something or not.

While baiting is not just used on owls, Scott Weidensaul of the Audubon Society notes that there are some particular ethical issues with baiting owls and raptors. For starters, the birds can become habituated to humans if they’re fed — and that’s not good. We need raptors to stay wild and give people a wide berth.

In particular, birders have noticed an increase in vehicle deaths, noting that people may be baiting owls near or even on the road to get a clear, unobstructed shot from a very convenient location. The owls learn to associate people with food. As a result, the birds dismiss the road as a safety risk, so they’re often injured or killed by passing traffic.

Raptors should hunt for their own food, because it’s part of their healthy behavioral patterns. When they’re fed by photographers and others seeking to get a closer look, it can disrupt their lives, which isn’t good for the longevity of the species.

While biologists can and do use bait in some settings while conducting research, they do so with ethical oversight — and sparingly — because they want to allow their subjects to live as naturally as possible.

It can be frustrating to take a trip to see owls or other wildlife and not spot a single individual. For instance, we saw a grand total of one on our owling walk, though we heard many others, including barn owls, screen owls, great horned owls and spotted owls.

Photographers sometimes travel hundreds or thousands of miles for that special moment, and some aren’t just snapping casual shots, but compiling books and exhibits.

The ethical divide over baiting is driven by birders and photographers who reject the practice entirely, and those who do it, but may have varying opinions on where and when it’s appropriate.

If you think it’s impossible to get a good shot without baiting, check out Ethical Owl Photography, which showcases images taken without baiting or harassment.

For consumers of wildlife photography, like me, there’s another problem: If we think baiting is unethical and don’t want to support it, how do we know if a photograph features a baited owl, or one snapped in natural conditions? Some photographers are proactively describing the circumstances in which photos were taken, and specifically asking may serve as an incentive to let owls behave naturally.

We invite you to share your opinion whether ‘Baiting’ is an ethical way to photograph wild owls? Please vote and leave your comments at the bottom of this page.