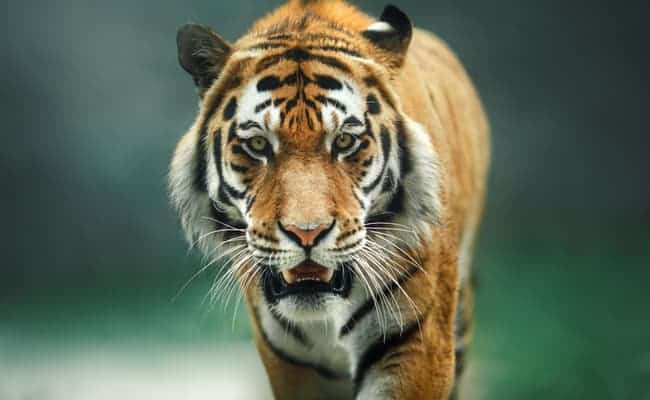 No one’s actually seen the animal for 40 years, but a wildlife ranger in Indonesia has snapped photos and video of a tiger that many believe is long extinct.

The Javan tiger is one of the nine subspecies of tiger. The International Union for the Conservation of Nature’s (IUCN) Red List declared it extinct in 2003, but many believe it disappeared from Java in the 1970s. There are none in captivity.

The original nine subspecies were the Bengal, Siberian, Indochinese, South Chinese, Sumatran, Malayan, Caspian, Javan and Bali tigers. Of these, the last three are considered extinct.

Javan tigers resembled their cousin, the critically endangered Sumatran tiger, in many respects. They were smaller and darker,with more stripes and noticeably longer whiskers. The last confirmed sighting of this subspecies occurred in 1976 at Java’s Meru Betiri National Park.

Why are there no more Javan tigers? You can surely guess. It’s the same sad story. At one time, they were abundant on the island of Java. In fact, there were so many tigers that in the 18th century Dutch colonists paid bounties to hunters and natives to eliminate them.

Relatively few Javan tigers remained on the island by the 1940s. With human settlement inevitably comes rampant deforestation. In 1938, forests still covered almost a quarter of Java’s land area. But by 1975, only about 8 percent of forested area remained.

The surviving Javan tiger population fled to the mountains and protected national parks. Sadly, the tiger’s primary food source, the Rusa deer, largely died off in the 1960s. All these factors combined were more than the Javan tiger could handle.

By the mid-1970s, there were no more reported sightings of the creatures. Many hoped, however, that the species somehow lived on, secreted away in hard-to-reach places like the Meru Betiri National Park.

The newly reported sighting of a Javan tiger occurred in August 2017 at West Java’s Ujung Kulon National Park. You can see the photo taken by the ranger for yourself:

While the image isn’t clear, it does appear to show a tiger. Some conservationists have been searching for evidence of the continued existence of this tiger since the 1990s. No one has ever been able to get a photo of one, to date.

This discovery — if that’s what it truly is – has galvanized the World Wildlife Federation to mount an expedition to try to find the tiger. Interestingly, however, some experts think the ranger photographed something other than a tiger.

“That’s the Javan leopard,” the Wildlife Conservation Society’s Wulan Pusparini told the New York Times. Wulan says when you see the cat moving in the video, it’s clearly a leopard, not a tiger. Still, she says, there’s reason to be excited even though this may not be the extinct tiger.

“That’s the last large carnivore on Java,” she told the New York Times. “You would hope people would get excited about it.”

One can understand why there’s such excitement, of course, but it would be preferable to be equally impressed by glimpsing an animal that’s still with us — at least, for now.

We need to get just as excited about racing to the defense of animals that still walk the earth with us. If the Javan tiger is really extinct, that’s tragic. But if inaction and lack of urgency allows the Javan leopard to die out too, that’s unforgivable.

I hope he is alive.

It would be good to see the photo and video

If they think they are extinct possibly they might leave the rest alone, if there are any left.

Would be nice before all are gone for good