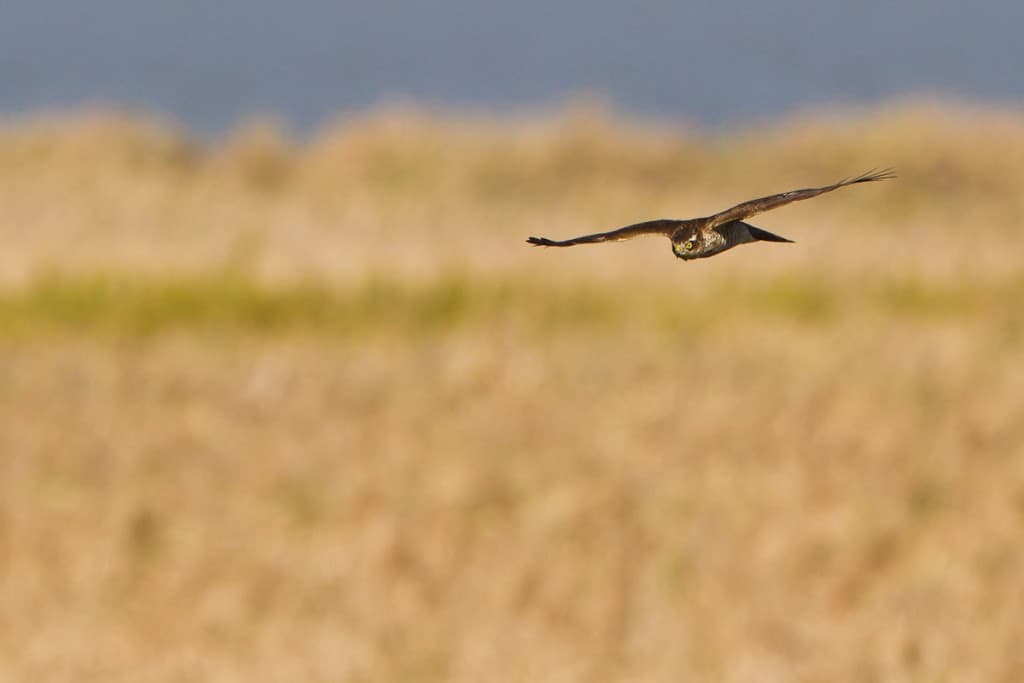 I always feel very fortunate to live in an area of Japan that is surrounded by some of the best winter birding locations in the country and, indeed, in all of East Asia. From my home in Shimabara, Nagasaki, it is just a short ferry ride and drive to Hikawa and Yatsushiro in Kumamoto, while driving south a bit further takes me to Arasaki and Sendai in Kagoshima. Or I can drive around the coastline of the Ariake Sea to Daijyugarami in Saga. But just an hour away is Isahaya Bay, my favourite spot in autumn and winter.

The very name “Isahaya Bay” brings out some strong feelings among locals and environmentalists alike, as this has been the scene of a very protracted and nasty legal argument over the controversial Isahaya Bay Land Reclamation Project, one of the most bitter environmental disputes in Japan’s history.

There are many concerned parties, all with their own agendas, but basically there are the farmers, construction companies and central government on one side and the fishing industry, environmentalists and local governments on the other. The dispute centres around the decision to build a dike across Isahaya Bay and reclaim all the land therein to be used for farming, alleviating the risk of seasonal flooding of Isahaya City.

Started over 50 years ago, this dike was completed in 1997 and encompasses almost the entire area of what was formerly known as Isahaya Bay. Now the saltwater section of Isahaya Bay is just a fraction of what it used to be, while the newly-freshwater section closed in by the dike and remaining after the land reclamation is known as Chosei Lake.

The resulting environmental impact on marine and bird life has been devastating not only in Isahaya Bay but also in the greater Ariake Sea region.

I never had the pleasure of experiencing Isahaya Bay before its transformation, but my birding friends have showed me pictures of what it was like, and it was an incredibly beautiful natural coastal wetland supporting hundreds of different species of birds that numbered in the hundreds of thousands, especially in winter. The Isahaya Bay (or perhaps more appropriately, Chosei Lake) I know is but a shadow of its former self. However, one of the positive effects of the legal action taken against the Land Reclamation Project has been halting of the production of new farmland and the restoration of some of the wetlands that were destroyed, not to mention a more environmentally aware public. And it is somewhat of a relief that birds are steadily returning in the winter, even if not in the numbers that they were before. Additionally, rarities that used to be common in winter are making regular appearances again. Many of these species are accidental at any other location in Japan, making Isahaya the only place to observe them reliably. With a court decision in 2010 going in favour of the environmentalists and un-appealed by the central government, it is likely that what we see now at Isahaya is what will be the permanent boundaries of the encroaching farmland and that the wetlands will continue to expand. The dike gates will be opened (initially for a 5-year period, but hopefully permanently) to allow saltwater to re-enter Chosei Lake, and hopefully the entire ecosystem can recover to some degree. Now, if they can only prohibit duck hunting during the winter months…

So it is with this backdrop that I visit Isahaya regularly each autumn migration and winter season, searching for and photographing many different species of birds. This winter has been very similar to past winters, with the reeds playing host to a variety of reed buntings, regular buntings and other small passerines. The sheltered waters provide a temporary home for thousands of ducks (including Baikal Teal and Falcated Duck) and other waterbirds (Saunder’s Gull, etc.), although notably missing are the large number of geese and swans that used to winter here before the dike was built. A few Hooded and White-naped Cranes, however, are in the area, along with a few Black Storks and Black-faced Spoonbills. Not surprisingly, many kinds of raptors are also attracted to the area. Eastern Marsh Harrier, Hen Harrier, Northern Goshawk, Eurasian Sparrowhawk, Merlin, Peregrine, Eurasian Kestrel, Eastern Buzzard, Osprey and Black-eared Kite are commonly seen, while Upland and Rough-legged Buzzard make an appearance only in some years. Short-eared and Long-eared Owl are also present.

Isahaya can be broken into four main areas for birding; Central, Moriyama, Azuma and Oe Reclaimed Lands Areas. While Central is usually the best area during autumn migration (Amur Falcon, waders), Moriyama and Oe are best during winter, with Azuma a good backup if nothing is happening at the former two areas. This winter I have had most success at Oe, and at Oe it is possible to get closer to birds than at Moriyama, although the later has more species. Those interested in ducks, however, should spend most of their time searching the flocks that shelter inside the seawall across the bay, although I usually observe Baikal Teal from the wall at Moriyama.

Already this winter rarities have included Palla’s Reed Bunting, Baikal Teal, Falcated Duck, Black Stork, Black-faced Spoonbill, Upland Buzzard and Saunder’s Gull, while all of the regular visitors have been observed. Although at the start of the winter I was concerned about the numbers of birds and their variety, it seems they were just a few weeks late in arriving. All in all, it has shaped up to be a rewarding Isahaya winter’s birding so far and, optimistically, a small improvement upon last year!

For more on wildlife in Japan, check out