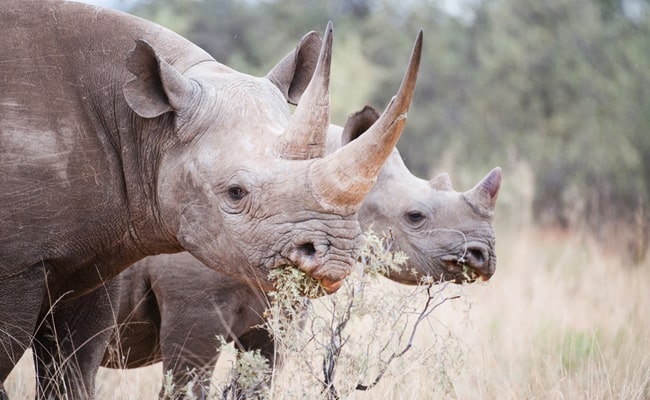 Evolve or die, as the saying goes, but for mammals it isn’t going to be quite that simple. At least not according to a new study that concluded we’re wiping out so many of them so quickly that it will take millions of years for them to recover.

Over millions of years natural disasters have been largely to blame for mass extinctions, but now we’re the ones driving species to the brink with hunting, habitat loss, climate change and other pressures. According to researchers from Aarhus University and the University of Gothenburg, extinctions are moving too fast for evolution to keep up.

They concluded in a study, which was just published in the Proceedings of the National Academy of Sciences, that under the best case scenario, it will take 3 to 5 million years just to reach current biodiversity levels that are expected to be lost over just the next 50 years, but up to 5 to 7 million years to restore biodiversity to the level it was at before modern humans evolved.

To come to that conclusion, researchers analyzed a database of both endangered and extinct species to figure out how much evolutionary history, or phylogenic diversity, would be lost, which varies among species because some are more irreplaceable than others.

Over the past 130,000 years since the Late Pleistocene, we’ve already lost more than 2.5 billion years of evolutionary history. Now, we’re losing large mammals disproportionately to other species, and their absence from the landscape is going to have a big impact.

“Large mammals, or megafauna, such as giant sloths and sabre-toothed tigers, which became extinct about 10,000 years ago, were highly evolutionarily distinct. Since they had few close relatives, their extinctions meant that entire branches of Earth’s evolutionary tree were chopped off” said paleontologist Matt Davis from Aarhus University, who led the study.

To further illustrate that point, Davis used an example of shrews who have hundreds of species and could ‘weather a few extinctions,’ but for others, like the sabre-toothed tiger, who only had four species, they all disappeared forever – and others like them will be lost for good.

Unfortunately, the loss of phylogenic diversity isn’t the only concern. It’s also going to be troubling to lose species who play valuable roles in their ecosystems, who will leave niches new species may or may not fill the same way.

While the findings are sobering, researchers hope that their work can be used to help prioritize conservation work to protect evolutionarily unique species most at risk but it’s still going to be a massive undertaking on our part.

“It’ll probably get worse, in all honesty,” Davis told The Atlantic. He added that to ‘To avert the worst-case scenarios in his simulations, “we’re talking about a massive, ambitious global-scale project that everyone will need to be involved in. It comes down to whether politicians have the political will to make this happen.”