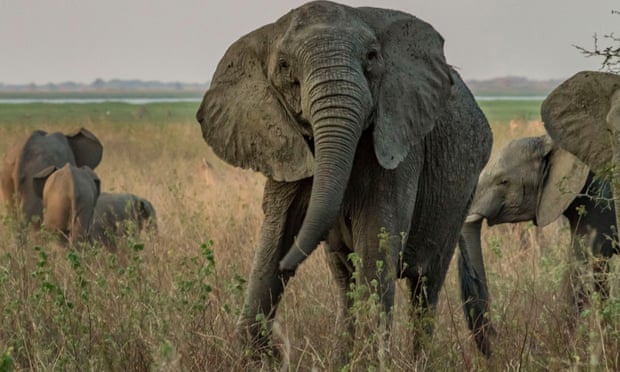 Ivory poaching over decades has led to the evolution of tuskless elephants, researchers have found, proving that humans are “literally changing the anatomy” of wild animals.

A previously rare genetic mutation causing tusklessness has become very common in some groups of African elephants after a period in which many were killed for their tusks, according to a study published in the journal Science.

Researchers looked at why female elephants in Gorongosa national park in Mozambique were frequently born without tusks, and found that the animals were in effect genetically engineered by mass poaching for ivory.

Elephants with tusks were highly likely to be hunted during the Mozambican civil war from 1977 to 1992, when 90% of the elephant population was slaughtered by armed forces on both sides to produce ivory that was sold to finance the conflict. Those without tusks were left alone, leading to an increased likelihood they would breed and pass on the tuskless trait to their offspring.

A couple of generations later, the effects of this are still visible on the group of about 700 elephants that live in the national park. Robert Pringle, of the department of ecology and evolutionary biology at Princeton University, which led the study, said it showed the impact of human interference in nature.

He said: “What I think this study shows is that it’s more than just numbers. The impacts that people have, we’re literally changing the anatomy of animals.”

Pringle said Gorongosa national park had always interested researchers, who had suspected historical poaching was what caused this abnormality, though the exact mechanics of the issue were unknown.

He said: “One of the conspicuous features is that a lot of the female elephants don’t have tusks and we were getting intrigued by this phenomenon. We realised that although there had been a fair amount written with people observing the fact that elephants were sometimes tuskless, especially in places where there had been a lot of poaching, nobody really understood why. And nor had anybody really quantified or documented the phenomenon and been able to really attribute it to a cause, as opposed to just speculating about the origins.”

The team suspected the phenomenon had a genetic cause and the fact it was rarely seen in males suggested it was linked to sex. After sequencing the genomes of tusked and tuskless elephants, the researchers found a genetic difference between the two.

Analysis revealed a pair of candidate genes on the X chromosome, including one with known roles in mammalian tooth development. In humans, these genes are associated with an X-linked dominant syndrome that stalls the growth of lateral incisors.

The suspected mutation on one or more genes ends up protecting female elephants from poaching, but it is fatal to male elephants, which do not develop properly in the womb.

About half of male elephant calves with a tuskless mother will have this genetic abnormality, which means elephant herds where there has been a lot of poaching can end up severely depleted of males. But this problem is reversible over time, Pringle said, as populations have been growing for two decades and more than tripled since the 1990s when they were pushed to the brink of elimination.

“So we actually expect that this syndrome will decrease in frequency in our study population, provided that the conservation picture continues to stay as positive as it has been recently,” he said. “There’s such a blizzard of depressing news about biodiversity and humans in the environment and I think it’s important to emphasise that there are some bright spots in that picture.”