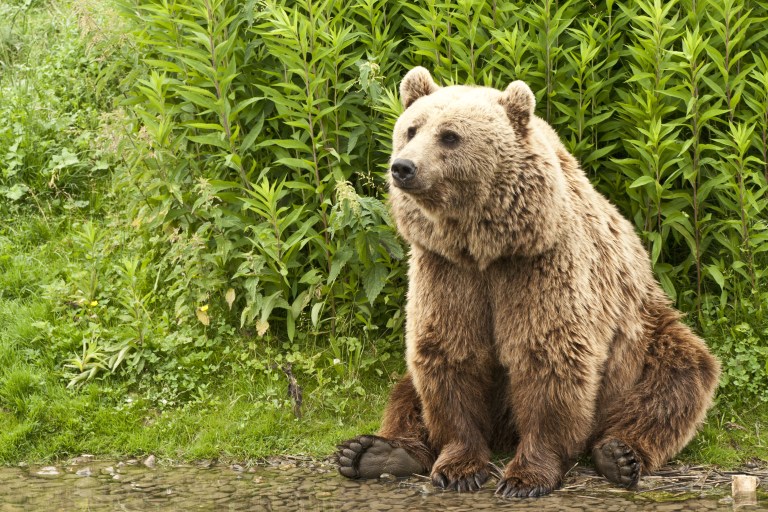 Tag the Kodiak bear is getting a lot of attention, and drawing ire from animal rights activists, ABC7 News reports.

Tag groomed himself, had some snacks, and was paraded in front of a crowd in Sacramento, in front of a bus with “Meet the Beast,” emblazoned on the side.

Tag was bred and born in captivity and trained for Hollywood. This does not excuse the behavior. “This animal’s life is not what a bear’s life should be,” Minier said.

“This was no doubt a stunt, but I don’t believe animals should be subjected to stunts. We believe that it is wrong for animals to be exploited in this way.

It’s not OK for the animal, it’s not safe for the people and it’s therefore not worth the airtime that it receives.”

“It’s unfortunate and shameful that Tag the Kodiak bear has been exploited in this way. Bears need to be left alone, not confined to a pen on asphalt and wheeled out for events,” PETA tweeted.

“PETA urges anyone with an ounce of decency to keep wild animals out of their publicity stunts.”