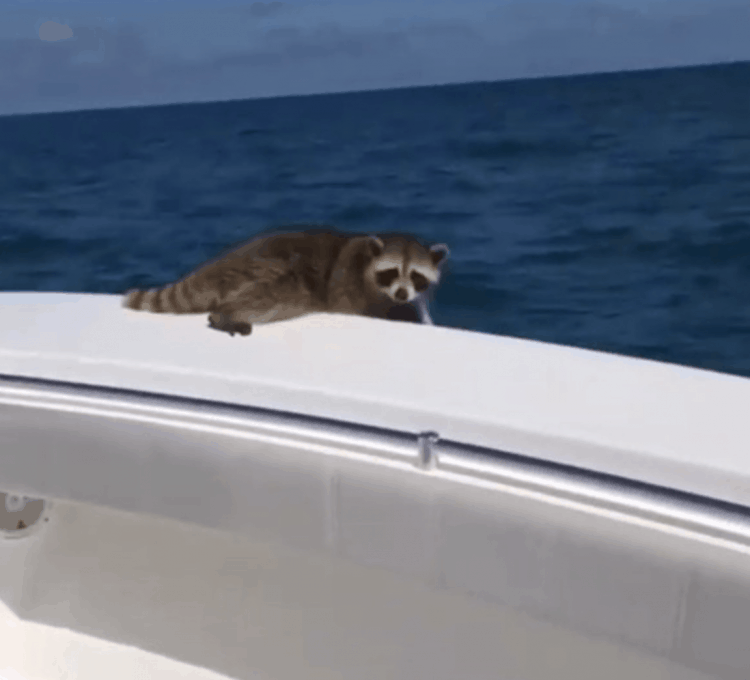 A petition to disbar the Clearwater lawyer who recorded forcing a raccoon off his boat to an almost certain watery death has more than 73,000 signatures so far.

A viral video shows Thomas Cope on a boat taunting a raccoon that reportedly had been hiding out.

Cope yelled expletives at the animal and it eventually fell off the side of the boat. After it fell, Cope shouts “so long, sucker” at the animal, presumed drowned.

“Thomas Cope’s actions, whether he intended them to result in the raccoon dying or not, constitute an act of animal cruelty and he should face the consequences of his decision,” said Care2’s Rebecca G.

In addition to disbarment, the Care2 petition is also calling for criminal charges of animal cruelty.

“Too often, these cases get swept under the rug, but as the social media reaction to his video illustrated, people are disgusted by his actions. That’s why we’re calling for Cope to be charged with animal cruelty and appropriately punished by the state bar association.”

The Florida Fish and Wildlife Conservation Commission is already investigating the incident. So too is the The Florida Bar.

Cope since has issued an apology, saying that in the moment he felt he had no other choice but to get the animal off the boat.

“The animal was running around the boat hissing and growling, making it impossible for me or my friend to drive the boat,” Cope said, according to the Tampa Bay Times. “Knowing raccoons can be rabid and unpredictable, the only realistic option we could think of in the moment was to get the raccoon off the boat.”

Cope’s apology wasn’t well-received. He was the one who posted the video to a boating Facebook forum in the first place.

In that post he referred to the raccoon as “a trash panda,” a common internet reference for raccoons because of their tendency to raid trash cans and their noticeable dark circles around their eyes. Further, his reaction to the raccoon falling from the boat lacked any hint of remorse or sadness.

Care2 thinks Cope should have returned to shore to let the animal off the boat safely rather than leaving it to drown. The final image captured of the raccoon shows it paddling in the water, trying to stay afloat.

This article was first posted by Floridapolitics.com on 22 May 2019. Lead Image: Justice for the raccoon? Petition launched to disbar lawyer who forced animal off boat.