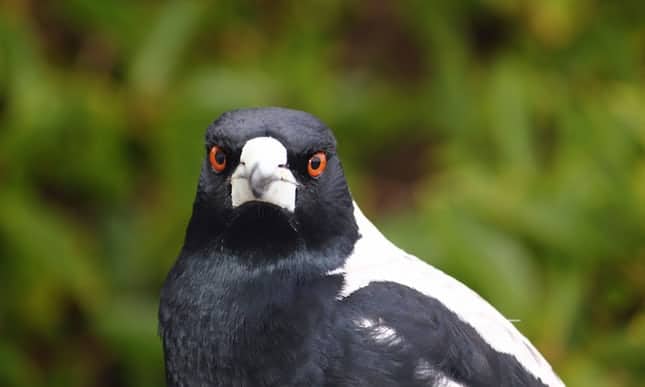 If you live in Australia, you may not realise how unique and special the birds around you are. Our continent was perhaps the most important for the evolution of modern birds, with a majority of the world’s species tracing their ancestry here.

Long ecologically adrift as an island continent, Australia benefited through the evolution of a remarkable diversity of fascinating, colourful, noisy, clever, innovative species of bird.

Australia is home to about 830 species – more if you include neighbouring islands – nearly one in 10 of the world’s 10,000 or so living bird species. About 45% of these are endemics, found nowhere else.

We are lucky to have two of the world’s largest and heaviest birds – the flightless cassowary (which I’m backing in the Bird of the Year poll #teamcassowary!) and the emu – which are perhaps the most superficially similar to birds’ dinosaur ancestors. And related flightless ratites were probably already common across the ancient supercontinent of Gondwana long before Australia split from Antarctica and South America.

Three groups of birds found widely worldwide – parrots, pigeons and songbirds – evolved in Australia, which explains why the former two are so diverse and abundant here.

Parrots, with their cacophonously noisy calls, immediately stand out to first-time visitors to Australia. They are so species-rich in Australia that – as biologist Tim Low notes in his book Where Song Began – New South Wales alone has almost as many parrots as the continents of Africa and Asia combined.

The songbirds are an enormous group of living birds, comprising about 5,000 species, such as the robins, mockingbirds, jays and thrushes of the northern hemisphere, and the magpies, bowerbirds and lyrebirds of Australia.

Throughout the 20th century ornithologists believed many bird groups evolved in the north, only later spreading to Australia. It was an extension of the idea promulgated by 19th century naturalists that Australia was an empty land, waiting to be filled with good stuff from the north.

Finding fossils in Australia is relatively challenging compared with many other parts of the world, and the fossil record of birds is particularly poor because they have small, light bones, perfectly adapted for flight but unlikely to be preserved. But songbird fossils were eventually found here that were up to 54m years old – much older than those found elsewhere in the world.

Research in the 1980s also started to show that the greatest genetic diversity of songbirds was found in Australia. The idea that songbirds first appeared in Australia took a long time to be accepted overseas, but a huge study of 100 species from 25 countries left little doubt when it was published in the journal Nature Communications in 2016.

That work suggested songbirds had begun to diversify in Australia 33m years ago but did not begin to spread beyond our shores for another 10m years – a period during which Australia was replete with birdsong, but much of the rest of the world was silent to its beauty.

The unique nature of Australia’s eucalypt and paperbark forests has also shaped bird evolution. Gum blossoms, for example, provided a resource for great numbers of nectar-feeding honeyeaters. And as Low also points out, the presence of much nectar as a jealously guarded resource may be why so many Australian birds are raucously noisy – species such noisy miners, rainbow lorikeets and various wattlebirds.

Australian birds generally are very noisy, even non-nectar feeders such as magpies, kookaburras and some cockatoos.

There are many other ways in which Australian birds are unique. Many have power as “ecosystem engineers”, exerting profound impacts on their habitats. Pigeons, fruit doves and cassowaries are all vital to spreading the seeds of fruit trees; lyrebirds reduce bushfires by frequently turning over leaf litter and effectively creating firebreaks; and huge numbers of birds are important pollinators.

So, if you haven’t realised it yet, if you live in Australia, you are lucky to have this wonderful diversity of fascinating birds filling the suburbs, bush and rainforests around you. Next time you’re outside, look up into the trees and appreciate these Aussie marvels of evolution for what they really are.

This article was first published by The Guardian on 01 Dec 2017.