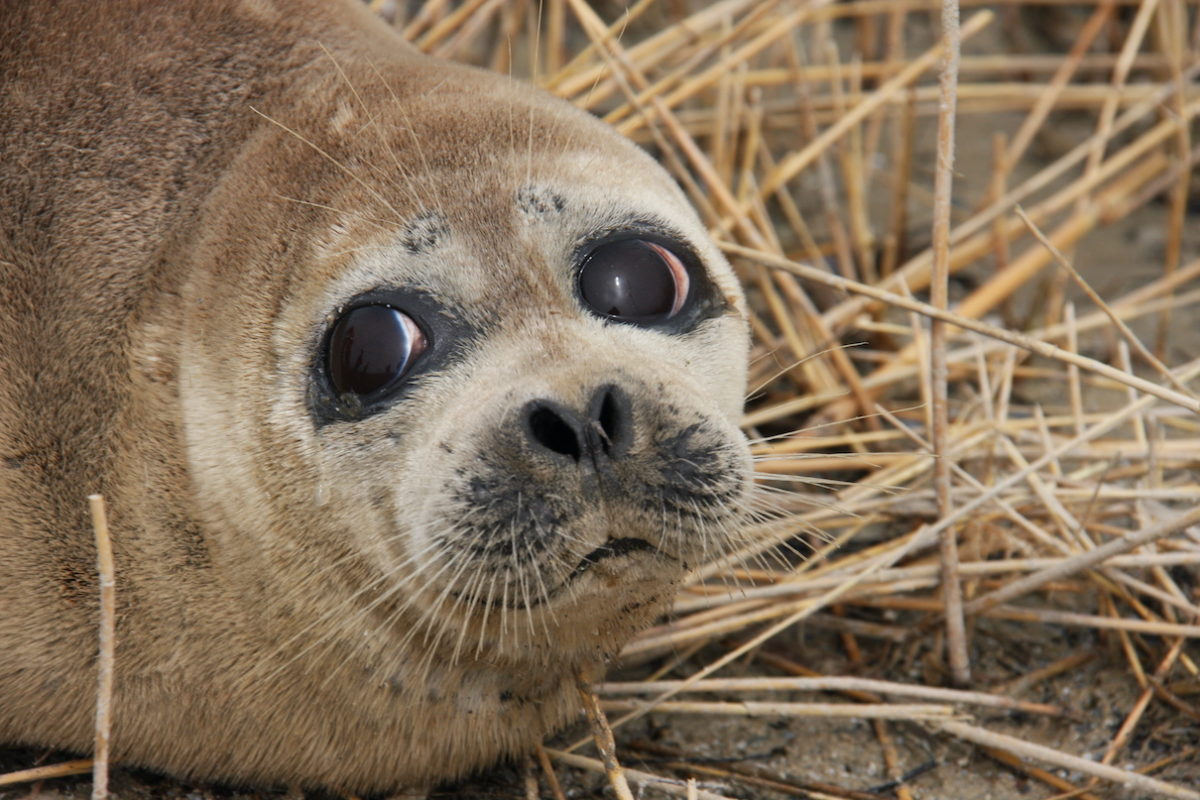 When Viktor Nikiforov heard about the dead Caspian seals along Russia’s Dagestan coast near the city of Makhachkala, he and a group of researchers went to have a look. On the first day, they found 30 seal bodies strewn across the sand. The next day, they discovered even more.

“In three days, we found 170 animals,” Nikiforov, program coordinator for Russia’s Marine Mammals Research Center, told Mongabay in an interview. However, he said this number only accounted for the seals counted between May 4 and 6, and that the actual mortality rate was probably much higher.

The researchers found two seals tangled in fishing nets and ropes, and about 11 others with their skins removed, Nikiforov said.

“They take [the skins] because they use it to produce hats — local hats,” he said.

This mass stranding has rung alarm bells for conservationists working to protect Caspian seals (Pusa caspica), a species listed as endangered by both the IUCN and Russia’s own conservation authority. Since the start of the 20th century, the species has declined by more than 90%, with only an estimated 68,000 mature individuals remaining.

Simon Goodman, an evolutionary biologist at the University of Leeds who has been researching Caspian seals for the past 17 years, said fishing activities such as the illegal poaching of critically endangered sturgeon species are most likely to blame. Based on the prevalence of illegal fishing along Dagestan’s Caspain Sea coast, he said mass seal strandings “happen very regularly.”

“Seals get caught in fishing gear everywhere, and especially in the sort of the gear that’s used in the Caspian [Sea] for sturgeon poaching [which are] these large gill nets,” Goodman told Mongabay in an interview. “And so, wherever in the world you have fisheries using gill nets that overlap with marine mammal habitat, you will always have really high levels of bycatch. These large mesh gill nets are absolutely terrible instruments for catching marine mammals.”

Nikiforov agreed that fishing is the likely cause of the seal deaths, but added that other factors such as pollution and various climate change pressures could also be playing a part.

This stranding isn’t an isolated incident. In December 2020, authorities reported the deaths of 300 Caspian seals in another mass stranding on the Dagestan coast. However, some conservationists say the total number of deaths was closer to 2,000.

According to Goodman, more than 15,000 endangered Caspian seals are killed by fisheries each year and then filtered into the wildlife trade.

“The skins are used, and also the blubber from the animals is rendered down into oil, and that oil is used as a medicinal tonic,” Goodman said. “It’s kind of a traditional remedy in the region, and it’s used as a cure for all kinds of things, particularly for respiratory diseases.”

During the COVID-19 pandemic, locals are promoting seal oil as a cure for the novel coronavirus, which has led to a surge in demand for the oil, Goodman said.

“There may well be a lot more carcasses that are caught in nets and then just dumped, or they don’t end up in the commodity chain,” he added.

“This is something that we should take very seriously and be very concerned about,” he said. “It’s going to make the population less resilient than it would be otherwise to other kinds of conservation issues [such as the] climate warming.”

Nikiforov said better monitoring efforts could help prevent many Caspian seal deaths. However, he said Russia isn’t the only country responsible for protecting Caspian seals. All other Caspian countries through which the seals migrate each year share responsibility, he said, including Azerbaijan, Iran, Kazakhstan and Turkmenistan.

“We should work together in order to solve the problem,” Nikiforov said.

Goodman said establishing adequate protected areas for Caspian seals is a necessary step in conserving the species. This would require international cooperation due to the species’ migratory nature.

“We have all of the knowledge that we need to designate protected areas for Caspian seals, so really it’s in the hands of the governments for the Caspian countries to take action on that, and to put the resources in place to make that happen,” he said.

Another important step, according to Goodman, is reducing human-driven seal deaths due to fishing and wildlife trade. But to do this, he said, the people involved in these activities need to be offered alternative forms of income.

“Again, it’s something that needs the support of the government to facilitate that, and to invest in those communities to help them develop other economic opportunities,” he said. “That’s not just about conservation — it’s actually really important for those communities in general.”

This article by Elizabeth Claire Alberts was first published on Mongabay.com on 12 May 2021. Lead Image: Caspian seal. Image courtesy of Simon Goodman.