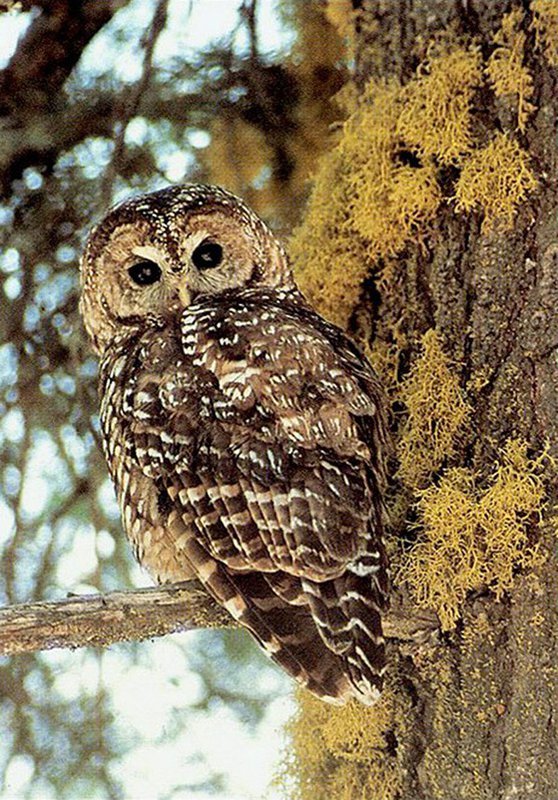 SAN FRANCISCO— Conservation groups filed a formal notice today of their intent to sue the Trump administration over its failure to protect California spotted owls under the Endangered Species Act.

In November 2019 the Trump U.S. Fish and Wildlife Service determined that the spotted owl population is declining and likely to be wiped out from large portions of its range from a combination of logging, large fires driven by climate change and the invasive barred owl.

Inexplicably, however, the Service concluded that protecting the owl wasn’t warranted.

“California spotted owls needed protection 20 years ago and need them more than ever now,” said Noah Greenwald, endangered species director at the Center for Biological Diversity and author of a 2000 petition to protect the owl. “The spotted owl, together with the Endangered Species Act, has been key to protecting old-growth forests from Washington to Arizona, benefitting many other wildlife species. This owl is like an ambassador for old forests, and with protection we can save it.”

The California subspecies of spotted owl lives in old-growth forests in the Sierra Nevada, coastal and Southern California, and the Sierra San Pedro Martir area of Mexico. Its habitat is under serious threat from logging and climate change impacts, including increased drought, disease and catastrophic fires.

“The decision by the Trump administration not to protect this iconic, keystone species is not supported by the law, science, or by the facts as asserted by the agency itself,” said Elizabeth Forsyth, a staff attorney at Earthjustice’s Los Angeles office. “The Fish and Wildlife Service’s own scientific assessment shows that the California spotted owl’s populations are dramatically declining and that it will be wiped out from large portions of its range. Its decision not to protect the owl is indefensible in the face of its own scientific findings.”

The California spotted owl population is also threatened by barred owls, an invasive species taking over spotted-owl habitat. Conservation groups have been fighting for protections for decades, presenting evidence of population decline throughout the spotted owl’s range, as well as habitat degradation caused by forestry management practices.

“Despite 20 years of scientific data showing that California spotted owl populations are declining, the Fish and Wildlife Service once again caved to pressure from federal agencies and the timber industry by not listing this species,” said Susan Britting, executive director of Sierra Forest Legacy. “Our only recourse now is to hold the agency accountable for ignoring the scientific data that supports listing.”

The Fish and Wildlife Service’s decision to decline protection for the spotted owl was based on a “species status assessment report” that found that the majority of California spotted owl populations were in decline, with only a tiny fraction thought to be stable. The assessment said the “most likely future scenario” included the species being wiped out from the entire coastal and Southern California portions of its range.

The assessment also predicted that threats to the spotted owl’s survival — including invasion of the barred owl, tree mortality, drought conditions and salvage logging harmful to the owl’s habitat — will increase dramatically.

“We are deeply disappointed in the decision not to list the California spotted owl,” said Pamela Flick, California program director for Defenders of Wildlife. “The science is clear. The owl’s population will continue to decline towards extinction without federal protections against further habitat loss and mismanagement. We must continue to fight to save one of California’s iconic old-growth, tree-dependent species.”

This article was first published by The Center for Biological Diversity on 15 April 2020.

This ridiculous man and his minions should be locked up and the keys thrown away!