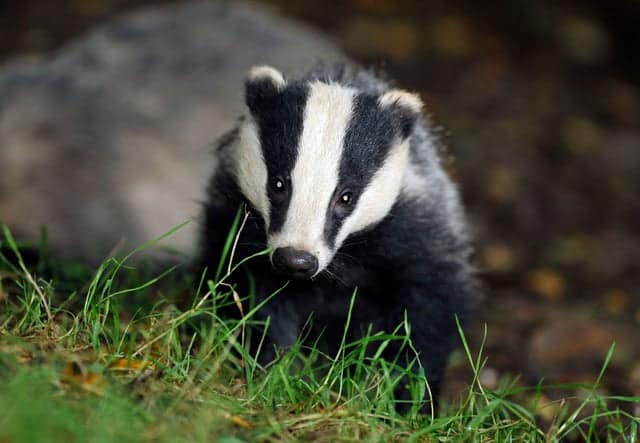 The badger cull policy has cost the lives of more than 140,000 badgers since 2013, in the largest destruction of a protected species in living memory. Badgers have been shot across a geographical area stretching from Cornwall to Cumbria at an estimated public cost of over £70m, when the costs of policing, training, monitoring, equipment, and legal defence are taken into account.

Despite the huge cruelty and cost of the badger cull policy, the government has provided no reliable scientific evidence to prove that badger culling is making any significant contribution to lowering bovine tuberculosis (TB) in cattle, in or around the cull zones. The government could kill every badger in England, but bovine TB will remain in cattle herds, since it’s primarily spread from cow to cow.

There are over 9.6m cattle in Britain and we move more cattle in this nation than anywhere else in Europe. The movement of cattle is a key driver for the spread of bovine TB in both cattle and badgers.

For too long, the government and the farming industry have wrongly blamed the badger for the spread of bovine TB in cattle, which has become a dangerous distraction from tackling the root cause of disease in the cattle industry.

However, could growing public recognition over infectious disease control issues, resulting from the Covid-19 pandemic, help to bring respite to the badgers?

Over the past 12 months, all of us have gained an insight into the danger of pandemics and the actions we need to take to stop the spread of Covid-19. R-numbers, testing efficiency, track and trace, biosecurity controls, vaccines, antibodies and herd immunity have all become subjects of discussion in households across the nation.

For those of us who have long opposed the cruel, expensive and ineffective badger cull policy, these discussions resonate for disease control in animals as well as humans.

Like the spread of Covid-19 in the human population, the spread of bovine TB in cattle is largely down to cows being kept inside buildings for extended periods or moved in large numbers across the country.

The Randomised Badger Culling Trial (RBCT), undertaken between 1998 to 2005, cost over £49m and resulted in the death of more than 11,000 badgers in the largest and most complex field research programme ever undertaken on the issue of badgers and the spread of bovine TB to cattle.

The Independent Scientific Group, which reviewed the results of the RBCT, found that the culling of badgers could make no meaningful contribution to lowering bovine TB in cattle, and that like Covid-19 in humans, bovine TB in cattle is most effectively controlled by cattle-focussed measures, including improved testing, track and trace systems, movement and biosecurity controls and vaccination against the disease.

One of the most outspoken critics of the government’s handling of the Covid-19 pandemic is the former chief scientist Sir David King. Through his Independent Sage Committee, he has heavily criticised key aspects of the Covid-19 control strategy, from the timing of lockdowns and the failures in testing and track and trace systems, to movement and border controls.

To a large degree, Sir David has received strong public support for many of the concerns he has raised on the Covid-19 pandemic, but in my opinion there remains a huge inconsistency in his position on the control of disease in humans compared to animals.

As the government chief scientist under Prime Minister Tony Blair, Sir David King challenged the key findings of the Independent Scientific Group which oversaw the Randomised Badger Culling Trial. This helped pave the way for the incoming coalition government in 2010 to plan and implement a badger cull policy which remains in place to this day. I believe he was wrong to do so.

Like Covid-19, bovine TB is a disease spread primarily by aerosol droplet infection when cattle are held indoors for extended periods of time, without any prospect of “social distancing’’.

Badgers have been unfairly blamed for spreading bovine TB in cattle, and demonised and destroyed as a result. The government has laid out an exit strategy from badger culling, but tens of thousands of badgers remain under the threat of being shot before this is finally implemented.

The Covid-19 pandemic has caused great human suffering, but it could lead to significant scientific improvements in disease control for both humans and animals. It is now time that the government uses the lessons learned from the pandemic to bring the killing of badgers to an immediate and permanent end.

Let us hope by the time Covid-19 ends, it will also bring a close to the badger cull, one of the darkest chapters in the history of farming and wildlife conservation in Britain.

Dominic Dyer is policy advisor for the Born Free Foundation. His book, Badgered to Death: The People and Politics of the Badger Cull, is available now

This article was first published by The Independent on 18 May 2021. Lead Image: The badger cull has wiped out more than 140,000 animals over the past eight years (Ben Birchill/PA Wire).