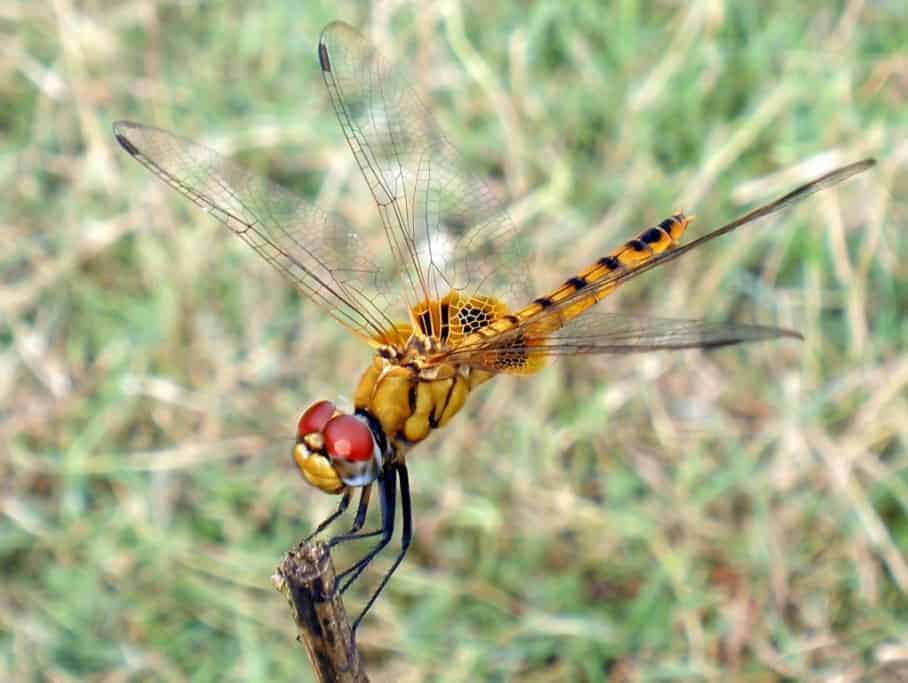 Every year, millions of dragonflies fly thousands of kilometres across the sea from southern India to Africa. So says a biologist in the Maldives, who claims to have discovered the longest migration of any insect. If confirmed, the mass exodus would be the first known insect migration across open ocean water. It would also dwarf the famous trip taken each year by Monarch butterflies, which fly just half the distance across the Americas.

Biologist Charles Anderson has published details of the mass migration in the Journal of Tropical Ecology. Each year, millions of dragonflies arrive on the Maldive Islands, an event which is well known to people living there.

“But no-one I have spoken to knew where they came from,” says Anderson, an independent biologist who usually works with organisations such as the Maldivian Marine Research Centre to survey marine life around the islands.

Their appearance is especially peculiar because the 1200 islands that make up the Maldives lie 500 to 1000km from the mainland of southern India, and all are coral cays with almost no surface freshwater, which dragonflies need to complete their lifecycle.

Anderson noticed the dragonflies after he first arrived in the Maldives in 1983. He started keeping detailed records each year from 1996 and now collates data collected by local observers at other localities in the Maldives, in India and on vessels at sea.

Each year, dragonflies first appear in Male between 4 and 23 October, with a mean arrival date of 21 October. Dragonfly numbers peak in November and December, before the insects then disappear once more. The insects arrive in waves, with each staying for no more than a few days.

Over 98% of the dragonflies recorded on the islands are Globe skimmers (Pantala flavescens), but Pale-spotted emperors (Anax guttatus), Vagrant emperors (A. ephippiger), Twisters (Tholymis tillarga) and Blue perchers (Diplacodes trivialis) also appear in some numbers.

The dragonflies then reappear between April and June.

The dragonflies are clearly migrating from India across the open sea to the Maldives, says Anderson.

“That by itself is fairly amazing, as it involves a journey of 600 to 800km across the ocean,” he says.

Quite how they do it was a bit of a mystery, as in October at least they appear to be flying against the prevailing winds.

However, in October, and continuing into November and December, a weather system called the Inter-tropical Convergence Zone moves southwards over the Maldives.

Ahead of the ITCZ the wind blows towards India, but above and behind it the winds blow from India. So it seems that the dragonflies are able to reach Maldives by flying on these winds at altitude above 1000m.

But that is not the end of the animals’ epic adventure.

“As there is no freshwater in Maldives for dragonflies, what are they doing here?” asks Anderson.

“I have also deduced that they are flying all the way across the western Indian Ocean to East Africa.”

Anderson has gathered a wealth of circumstantial evidence to back his claim.

That matches the slow southerly movement of the Inter-tropical Convergence Zone weather system, behind which winds blow steadily from India to East Africa.

It is also known that Globe skimmers appear in large numbers through eastern and southern Africa.

In Uganda, they appear twice each year in March or April and again in September, while further south in Tanzania and Mozambique they appear in December and January.

That strongly suggest that the dragonflies take advantage of the moving weather systems and monsoon rains to complete an epic migration from southern India to east and southern Africa, and then likely back again, a round trip of 14,000 to 18,000km.

“It may seem remarkable that such a massive migration has gone unnoticed until now. But this just illustrates how little we still know about the natural world.”

The monarch butterfly is often cited as having the longest migration of any insect, covering around 7000km in an annual round trip from Mexico to southern Canada.

On average, it takes four generations of butterflies to complete the journey.

Anderson believes that the dragonflies survive the ocean flights by gliding on the winds, feeding on other small insects.

They too, take four generations to make the full round trip each year.

He says the migratory paths of a number of insect-eating bird species, including cuckoos, nightjars, falcons and bee-eaters, follow that of the dragonfly migration, from southern India to their wintering grounds in Africa. That suggests the birds feed on the dragonflies as they travel.

“They [fly] at the same time and altitudes as the dragonflies. And what has not been realised before is that all are medium-sized birds that eat insects, insects the size of dragonflies,” he says.

“There are earlier records of swarms of Globe skimmers flying out to sea, and at sea,” Anderson continues.

“But it was always assumed that those dragonflies were doomed. Which says rather more about our earth-bound lack of imagination than it does about the globe skimmers’ extraordinary flying abilities.”