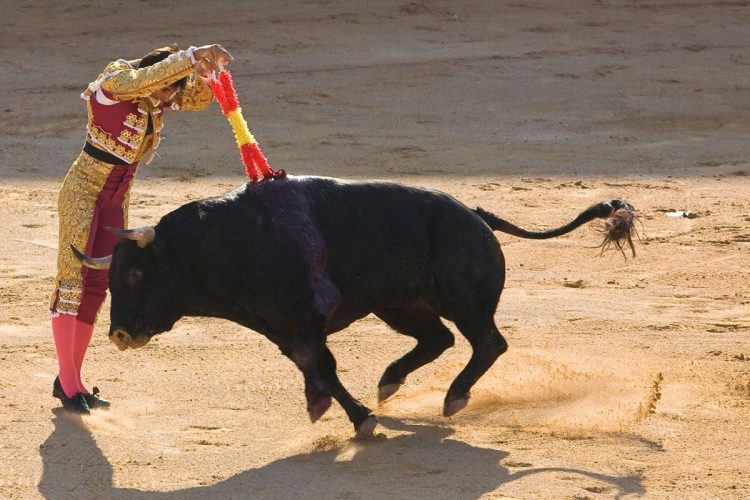 The Spanish government is currently considering passing a law which would protect and promote bullfighting, an outdated spectacle which causes extreme pain and suffering to bulls.

The majority of Spanish citizens don’t support bullfighting. Nor do they want their taxes spent protecting it.

Please join us in opposing the proposed new law by sending a message to the Spanish government today.

Spain has so many treasures to enjoy, but by supporting and protecting the killing of bulls for entertainment, Spain’s government risks leaving a terrible legacy for future generations.

The torment and death of animals for amusement, or for cultural reasons, can never be acceptable. It is cruel and outdated, and has no place in a modern society.

Ask the Spanish government to do the right thing. Let them know that by taking a compassionate stance against this cruel pastime, they would win the support of concerned citizens around the world.

Please sign the petition and leave your comments below: