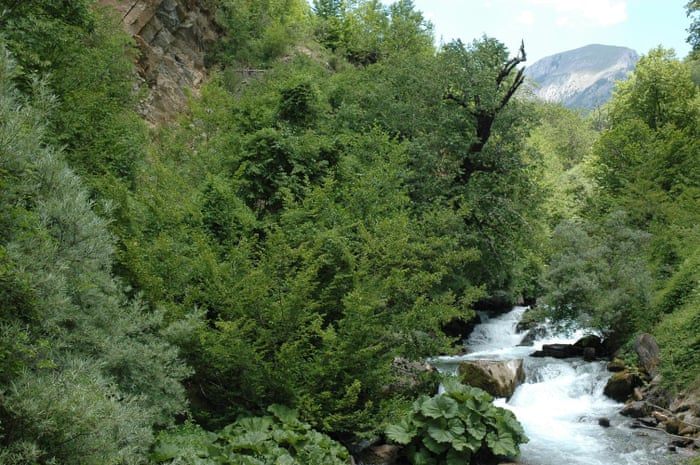 A controversial €100m (£71m) dam project in a Macedonian national park is expected to be scrapped after independent experts called for a halt to all funding and construction work because of risks to critically endangered species, including the Balkan lynx.

A Bern Convention mission to the Mavrovo national park reported that the planned hydropower dam there was “not compatible” with protection of the park’s status, ecosystems or species.

The European Bank of Reconstruction and Development (EBRD) has put up €65m in loans for the project but its environmental guidelines forbid the funding of projects prohibited by the Bern Convention, a legally-binding pact between 51 states.

If the report is approved by its standing committee in December – usually a formality – the EBRD will then have no option but to pull out of the project.

A bank spokesperson declined to comment until the committee’s vote. But Ivana D’Alessandro, the secretary of the Bern Convention warned that they should be prepared to reconsider their funding, if the report is approved.

“If I was a decision-maker in the EBRD I would really think carefully about the next step,” she told the Guardian. “It would not be good for the bank’s image to finance something which 51 countries, with scientists and policymakers, consider dangerous for biodiversity.”

The draft recommendations adopted are unlikely to veer far from the expert assessment, putting “political pressure” on Macedonia – a Bern signatory – to find another location for the dam, not least because the secretariat would now be monitoring the park’s situation.

“It seems that we are on the verge of a historic success in the fight against hydro dams in Mavrovo national park,” said Ulrich Eichelmann, the founder of RiverWatch, an Austrian NGO that campaigns on this issue. “It is very important for all the national parks under threat from these types of project.”

Mavrovo’s 730 sq km (280 sq miles) of wilderness shelters bears, wolves, golden eagles and more than 1,000 plant species. It is also the last remaining refuge of the Balkan lynx, less than 50 of which are thought to survive.

But the report found that changes to the landscape and environmental disturbance caused by construction work to the big cat and its prey could have a “decisive negative impact on the lynx”.

While the lynx does have a large range, the “high level of risk of major disturbance” from increased human presence, construction and use of a planned reservoir could force them from the park, where they would be easy targets for poachers. The Balkan lynx is already on the IUCN’s ‘critically endangered’ red list.

“The projects, as currently planned, should be abandoned,” the report concludes starkly. “The Macedonian government shall suspend all hydro dams foreseen in Mavrovo national park. The EBRD and World Bank shall suspend the financing of dam projects in the Park.”

Officials from the European commission and International Union for the Conservation of Nature also took part in the mission, which followed a Guardian investigation into the environmental effects of 2,000 dams planned in the region.

“This success was made possible by the Guardian article,” Eichelmann said. “It created a lot of momentum for partners and members of the Bern convention like the IUCN or the EC.”

Two big hydro projects planned near Banja Luka, in northern Bosnia were also cancelled recently, after public protests. But in Albania, the prime minister Edi Rama, has granted concessions to a Turkish company to build a hydropower plant on the Vjosa river, despite an alleged election promise not do so.

This article was first published by The Guardian on 30 Oct 2015.

what a beautiful creature.