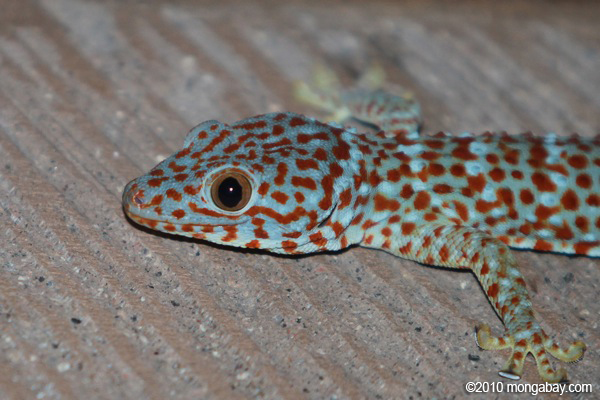 Millions of tokay geckos continue to be traded for traditional medicine, despite waning belief that the colorful lizards are a cure for AIDS, reports a new study from TRAFFIC. The study found that a spike in tokay gecko demand due to rumors that it could cure HIV/AIDS was relatively short-lived, lasting from 2009 and early 2011. Nonetheless geckos are still traded in large numbers, with over-collection impacting wild populations across much of the reptile’s range, especially in Thailand and Java.

This article was written for Mongabay.com and reposted on Focusing on Wildlife