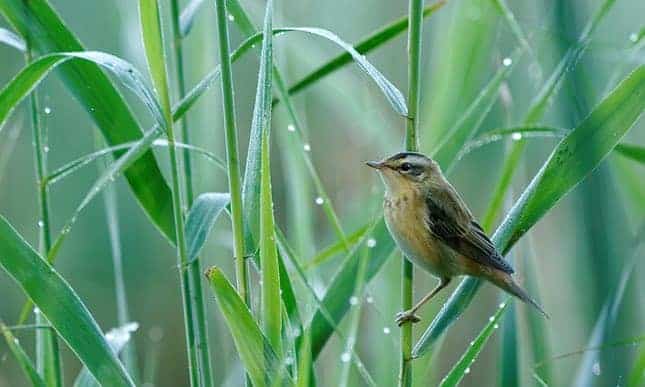 More than a quarter of UK birds, including the puffin, nightingale and curlew, require urgent conservation efforts to ensure their survival, according to a new report on the state of the UK’s birds.

Since the last review in 2009, an additional 15 species of bird have been placed on the “red list”, a category that indicates a species is in danger of extinction or that has experienced significant decline in population or habitat in recent years. The total number of species on the red list is now 67 out of a total of 247.

“We’ve been putting these reports out since 1999 – I think it is one of the worst we’ve seen,” said David Noble, one of the authors of the State of the UK’s Birds study and principal ecologist for monitoring at the British Trust for Ornithology (BTO).

Noble said a variety of factors led to the classification of an increased number of species in danger, including land use change, such as afforestation and drainage of fields for farmland, and increased numbers of predators, such as foxes. He also pointed to the global impacts of climate change, which affect migratory birds.

The report is produced by the Royal Society for the Protection of Birds (RSPB), the BTO and the Wildfowl and Wetlands Trust, in partnership with the UK’s statutory nature conservation bodies. It collates material from other studies and bird surveys to give a thorough report on the status of various avian species.

There is particular concern among conservationists for the curlew, Europe’s largest wader, which has seen a population decline of 64% from 1970 to 2014 in the UK, largely due to habitat loss. The UK supports up to 27% of the global curlew population, and due to its “near threatened” global status, a research plan has been created to help understand the causes of the species’ decline.

“Curlews are instantly recognisable on winter estuaries or summer moors by their striking long, curved beak, long legs and evocative call,” said Dr Daniel Hayhow, conservation scientist at the RSPB. “They are one of our most charismatic birds and also one of our most important.”

There was good news in the report for some species, including the golden eagle, whose numbers have increased 15% since 2003, and for cirl buntings, which now have more than 1,000 breeding pairs, up from 118 in 1989. Another success story is the red kite, once one of the UK’s most threatened species, which is now on the green list – the lowest level of concern – after years of efforts by conservationists.

Noble said the improvement in the red kite and golden eagle population had to do with a slow rebuilding of populations that had been decimated by attacks from people keen to protect their grouse moors and egg collectors taking their eggs.

In the case of the red kite, he said monitoring of nest sites and the reintroduction of the birds into new areas of the UK were reasons for the recovery of the species.

“Now they’ve spread right across the UK from the strongholds they were reduced to in Wales and some parts of Scotland. Now you can see them in East Anglia occasionally,” he said.

This article was first published by The Guardian on 11 Apr 2017.

Sounds like a game, moving species around to red to amber to green lists & back again to different colors which takes loss of habitat land use changes as being no more serious than blaming the whole thing on foxes.

Something I’ve been saying for the past three or four decades. Please read DEFRA EXTRA to see what’s really going on.