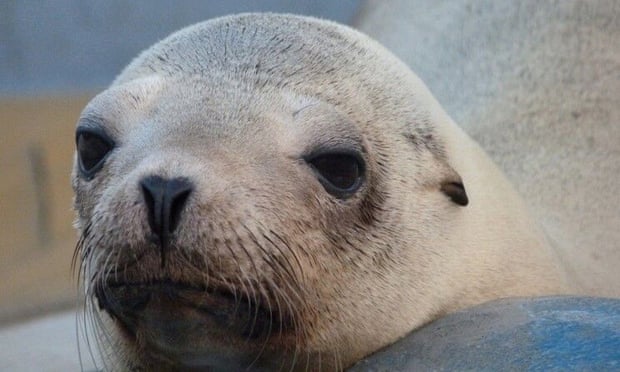 Sea lions in California had been dying of a mysterious cancer for decades. Now, scientists say they have finally uncovered the likely cause: toxic chemicals from industrial trash, pesticides and oil refinery waste.

A team of mammal pathologists, virologists, chemists and geneticists have concluded that sea lions with higher concentrations of DDT, PCBs and other chemicals in their blubber are more prone to cancer triggered by a herpes virus.

The findings, published in the journal Frontiers in Marine Science, are the result of 20 years of research, gleaned from tissue samples collected from 394 sea lions.

“[Sea lions are] predisposed to cancer by these high levels of legacy compounds that are still in the environment,” Frances Gulland, a University of California, Davis, researcher who studied the animals for decades at the Marine Mammal Center in Sausalito, told the Los Angeles Times.

Gulland and other scientists studied sea lions that died of various causes along the Sausalito coast. The levels of pollutants found in the sea lions blubber are “among the highest recorded in any marine mammal” the researchers said, likely because of the high levels of dumping along the California coast in the 1970s. DDT, the insecticide which was banned in the US in 1972, takes generations to break down and can accumulate easily in fat tissue.

While the findings begin to answer longstanding questions about what has been plaguing sea lions off California’s coast, it also raises concerns about the effects of ocean pollution on other mammals, including humans.

“Sea lions, they’re coming up on the beach, using the same waters that we swim and surf in, eating a lot of the same seafood that we eat,” said Gulland.

To protect both wildlife and human health, the study concluded, efforts to prevent ecosystem contamination with persistent organic pollutants have to be improved.

The manmade threats to sea lions are multifold. From 2013 to 2016, the National Oceanic and Atmospheric Administration (Noaa) flagged what it called an “unusual mortality event” after thousands of severely emaciated sea lion pups and juveniles were stranded along the central and southern California coast. The agency ultimately concluded that a marine heatwave, probably exacerbated by global warming, drove away the anchovies, squid and shellfish that the sea lions ate.

This article was first published by The Guardian on 1 February 2021. Lead Image: Veterinarians at the Marine Mammal Center suspected Superstition, a California sea lion, had cancer when they discovered a mass in the pelvic region and swelling around the perineum. Photograph: The Marine Mammal Center.