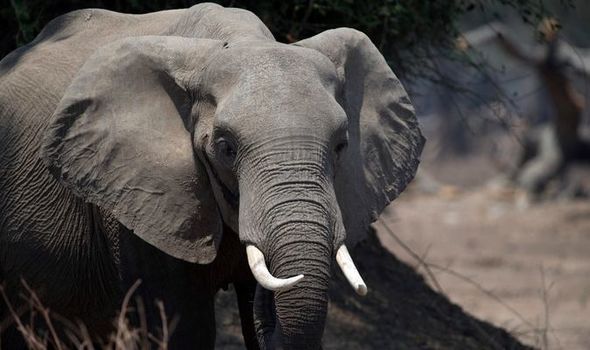 Another 12 elephants in Zimbabwe have died in what appear to be “extremely sudden deaths” – taking the toll since last month to 34.

The elephant deaths began on August 24 and come after hundreds of the animals mysteriously died in Botswana. A bacterial disease called haemorrhagic septicaemia is thought to be behind the recent deaths in Zimbabwe but further tests are being carried out.

Zimbabwe Parks and Wildlife Management Authority director-general Fulton Mangwanya told a parliamentary committee on Monday that 34 dead elephants had been counted in total.

He said: “A total of 34 carcasses have been found…but some others have not been located.”

The animals were found lying on their stomachs suggesting an “extremely sudden death”, Mr Mangwanya added.

He said that post mortems on some of the dead elephants showed inflamed livers and other organs.

Mr Mangwanya said: “It is unlikely that this disease alone will have any serious overall impact on the survival of the elephant population.

“The northwest regions of Zimbabwe have an over-abundance of elephants and this outbreak of disease is probably a manifestation of that… particularly in the hot, dry season elephants are stressed by competition for water and food resources.”

Samples from the dead elephants are being sent to the US for tests.

This article was first published by The Express on 29 September 2020. Lead Image: Another 12 elephants in Zimbabwe have died what appear to be “extremely sudden deaths” (Image: GETTY).