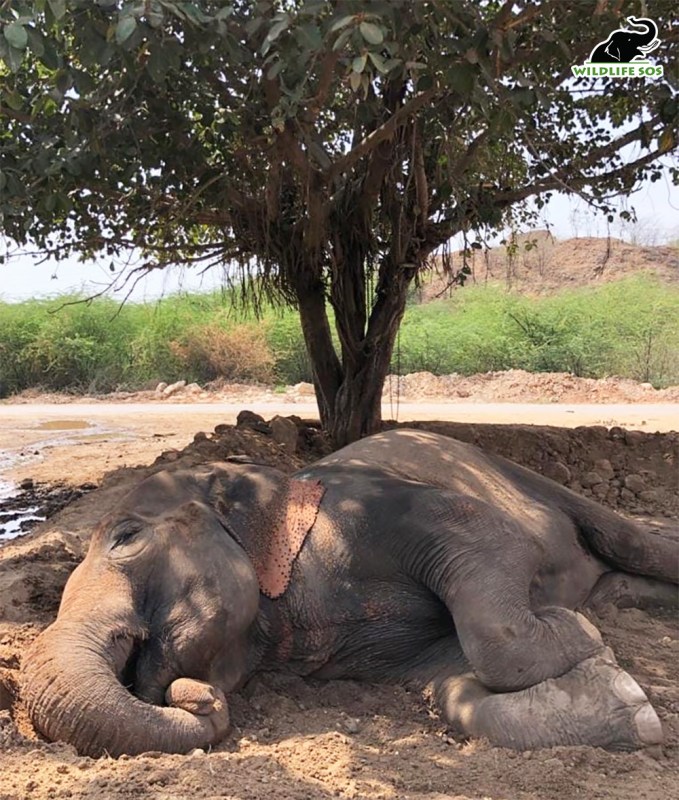 According to Wildlife SOS, an elephant was killed on a road in India. 40-year-old Lakshmi was killed by a negligent truck driver in Rajasthan.

Wildlife SOS heard about the accident and rushed to her aid.

A veterinary team went to the elephant with medical equipment. The team concluded that her condition was critical due to internal injuries and the fact that she was unable to move.

Lakshmi is just one of many elephants that have been harmed or killed due to dangerous road conditions.

Drivers at night often miss elephants on the road due to poor lighting.

Elephants are often trafficked at nighttime to escape detection. Many deaths and accidents occur during illegal trafficking.

Geeta Seshamani, co-founder & Secretary Wildlife SOS said in an emailed statement, “Lakshmi’s demise has put us at crossroads — we are heartbroken that such cases continue to occur on a daily basis.

We must bring to the attention of enforcers and authorities, that such deaths must and can be prevented. If Elephants cannot be walked on streets they will be safe from road accidents.”