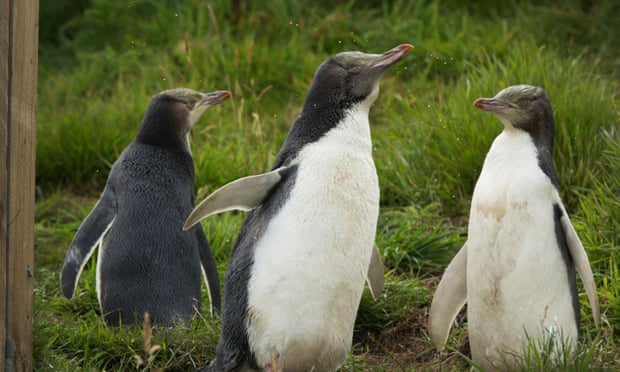 From our hotly contested Bird of the Year competition, to the constant updates from backyard bird watchers during lockdown, it’s safe to say New Zealand is a nation of avian obsessives.

It’s hardly surprising given our history. This small island nation has been shaped by bird life like no other, with endemic species part of our national identity. From the Kākāpō to the Kiwi, we share our home with some of the most unique feathered creatures on the planet.

Our waters and shores are visited by a more diverse range of seabird species than any country, a fact that’s earned us the title of “seabird capital of the world” among ornithologists. Up to a third of these birds breed only in New Zealand, so what happens in this little corner of the world has impacts on a global scale. And right now both our title, and the seabirds themselves, are under threat.

A whopping 90% of seabirds in New Zealand are threatened or at risk of extinction, and one of the greatest risks to them is commercial fishing. Last year alone, commercial fishing vessels killed an estimated 14,400 birds during their operations.

Whether they get hooked on long lines or trapped in set and trawler nets, some of our most cherished seabirds like the antipodean albatross and hoiho (yellow-eyed penguin) are meeting a premature end out at sea.

The New Zealand government had the opportunity to change all that this year, with an updated National Plan of Action for Seabirds, delivered on Wednesday. While the rhetoric is there – the vision is for commercial fishing companies to get to zero seabird deaths – the plans to implement it fall way short of the mark.

While this news will ruffle the feathers of most New Zealanders, it also has global significance. Given our disproportionate number of seabirds, we have a greater responsibility to protect them than most countries. The ocean is borderless, and what happens here has an impact far beyond our national waters.

The most crucial components of the government’s updated plan rely on the fishing industry taking voluntary measures, and self-reporting. The plan focuses on education, and fishing companies driving measures to tackle the problem, but lacks the regulatory teeth to ensure they do so.

And the fact remains that for the past decade, the number of seabirds killed by commercial fishing has remained steady, without improvement. The time for giving the industry a chance to lead on saving seabirds has passed.

What’s even more concerning is that we don’t know the true scale of the problem, because the only accurate reports of by-catch come from boats with observers on them, which is only a fraction of the fleet. It’s no coincidence that those which have onboard observers report nine times more seabird by-catch incidents than those that don’t. In 2018, for example, the only recorded by-catch incidents with hoiho were on vessels with observers.

This plan of action was an opportunity to roll out what environmentalists have long been calling for: cameras on the entire commercial fishing fleet, as well as making it a regulatory requirement that all fishing vessels use every best-practice mitigation technique available. It was a chance to ensure transparency and accountability from the industry that threatens seabirds the most.

None of this is in the government’s new plan. And sadly, it’s just the latest in a familiar pattern. Since the Labour party formed a coalition with the conservative New Zealand First party in 2017, there have been frequent stalls, delays and about-turns on legislation that would have protected our ocean and impacted fishing companies.

From the much-maligned plan to protect native Māui and Hector’s dolphins, to when government representatives lobbied for even less protection of vulnerable marine ecosystems in the Pacific, this coalition’s track-record on fishing issues is at odds with its celebrated international reputation as environmental stewards.

Recent revelations linking secret donations from commercial fishing companies to the New Zealand First political party have raised serious questions about the potential for industry influence on NZ’s ocean protection policy. And this track record conflicts not just with our image on the world stage, but with how Kiwis see ourselves; as fair, transparent and nature-loving.

Right now the ocean, and everything that calls it home, is more in need of protection than ever.

From seabird decline to the destruction of ancient corals in the name of bottom trawling, urgent action is needed if we’re to safeguard the sea for the future. Hopefully, the New Zealand government can shake the fishy whiff of industry influence in time to play their part in that.

This article by Jessica Desmond was first published  on The Guardian on 28 May 2020. Jessica Desmond is an oceans campaigner at Greenpeace Aotearoa. Lead Image: Hoiho (yellow-eyed penguins) are one of New Zealand’s many cherished seabirds that face threats from commercial fishing. Photograph: Murdo MacLeod/The Guardian