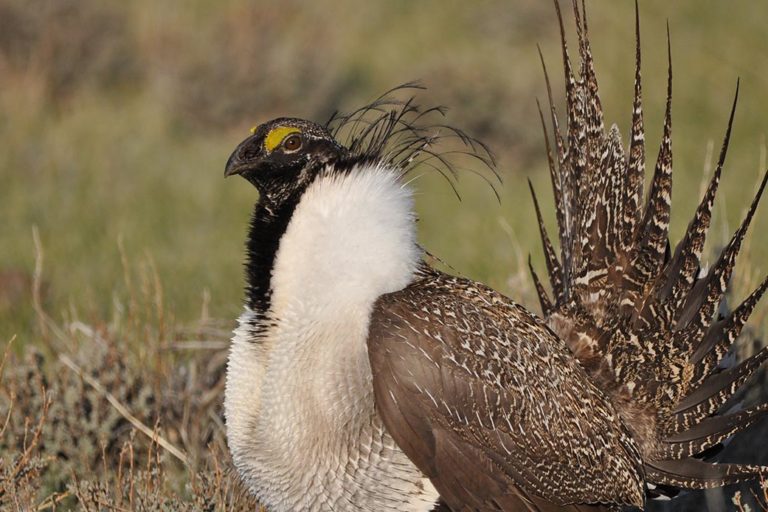 A staggering 3 billion birds, including 700 million grassland birds, have been lost in the last 50 years. Without question, one of the leading causes of those catastrophic losses has been habitat loss driven by grazing livestock.

Yet, latching on to the success of regenerative plant agriculture, beef advocates have launched far-fetched “regenerative ranching” theories that call for cutting down even more trees and grazing more cattle to save birds. It’s a proposal that has no footing in sound science. The feel-good talk about the benefits of regenerative livestock grazing comes without convincing, scalable, scientific evidence to support it.

The carbon sequestered by nonnative, invasive cattle trampling the lands, so the theory goes, is all that matters to “regenerate” the land. Proponents of this completely unproven theory would have us believe that livestock increase carbon retention, despite substantial science to the contrary.

Among other missteps, grazing advocates ignore research documenting grazing’s harm to wildlife. Instead, many regenerative ranching advocates rely on hand-picked anecdotal reports from livestock operators to support the claim that livestock are good for wildlife.

While making claims about pastures and soil, for example, regenerative proponents often don’t acknowledge the damage to grassland birds from livestock grazing, which converts deep-rooted perennial grasses and shrubs to flammable weeds like cheatgrass, a change that destroys an ecosystem’s ability to sequester carbon.

According to the U.S. Department of Agriculture, livestock grazing also affects structural conditions such as plant height, density and composition. Brown-headed cowbirds lay eggs in nests of other birds, for example, while ground-nesting birds also are more vulnerable to predators from loss of grasses.

Sage grouse, those colorful grassland birds so vital to the survival of western lands, need seven inches of grass in breeding and nesting habitats, which is not typically provided on working ranches. Livestock grazing is one of the leading causes of sage grouse population declines, along with low-flying grouse getting killed in collisions with barbed-wire fences.

Bird populations are declining across vast stretches of the West where there is no energy development or new roads but there is widespread livestock grazing. This is a dangerous trend if we are serious about protecting birds. And it ignores the real impacts of grazing across the U.S. on migratory and grassland birds.

Yet, some of the conservation advocates protesting the environmentally harmful industries threatening birds are simultaneously also promoting beef ranching. This enables a leading contributor of carbon and methane emissions, species imperilment, erosion, pollution and habitat loss.

Livestock grazing will never be the best solution for wildlife. Especially in the arid West, with high stocking rates, these depletive industries are not compatible with healthy ecosystems and abundant biodiversity.

The most effective, science-based conservation efforts for birds will always encourage protecting, not damaging, the wild spaces they need to survive, and promote the preservation of birds rather than the profits of the livestock industry.