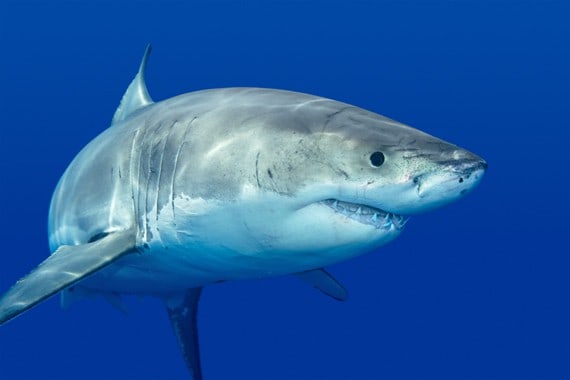 In the ongoing fight to protect the distinct population of great white sharks off the coast of California and Mexico, Oceana submitted a critical analysis of the federal Biological Review Team’s (BRT) status report used by the National Marine Fisheries Service (NMFS) as the basis for their decision not to list this West Coast population of apex predators under the federal Endangered Species Act (ESA).

Our critical review found that the assumptions, methodologies, and findings in the BRT report erred in several key areas, including analysis of current abundance, bycatch mortality, trends in abundance, and overall risk to the population.

On the one hand, the National Oceanic and Atmospheric Administration (NOAA) did affirm many of the facts we raised in our petition to list great white sharks as an endangered species, including the population estimates at the two known main aggregation sites (estimated by NOAA to total 320 sub-adult and adult white sharks), the bycatch estimates (estimated by NOAA to be approximately 200 white shark pups killed per year in Mexican and U.S. gillnet fisheries), and the designation of this population as a Distinct Population Segment, genetically separate from all other white shark populations worldwide. However, rather than basing their decision on these facts, NOAA decided not to list based primarily on guesses, assumptions, and beliefs that contradict with the best available science.

For example, without any hard evidence, the BRT report concluded that the abundance of adult female great white sharks is 400-1600 individuals, which is 8-34 times the estimated number of females in the primary aggregation sites from recent scientifically published studies.

Finally, the BRT report used thresholds for extinction risk that were completely irresponsible. For example, under the report’s criteria, 100% of all the white shark pups would have to be killed every year for the population to be considered “near extinction.” Setting the bar of near extinction so high that all animals would have to be killed is simply inappropriate and irresponsible under the Endangered Species Act.

Ultimately, we fear the decision by NMFS may harm the future of these ancient sharks by failing to address the significant threats to the population. We believe that if the flaws in the BRT report are corrected, it could lead to a different conclusion regarding whether listing West Coast great white sharks under the Endangered Species Act is warranted.

Our ocean needs great white sharks. They are important to maintaining healthy and diverse oceans and play a critical top-down role in structuring the marine ecosystem by keeping prey populations, such as sea lions and elephant seals, in check—further benefiting our fisheries and abundant wildlife.

Please help us in our efforts to protect U.S. West Coast great white sharks from extinction by signing a letter of support for their listing on the Endangered Species Act.

This article was written by Ashley Blacow for the Beacon.

They exist for a purpose so what sense does killing them make? Maybe if humans understand that they are invading the space of sharks then they may act differently!

Please protect and save endangered shark . thanks