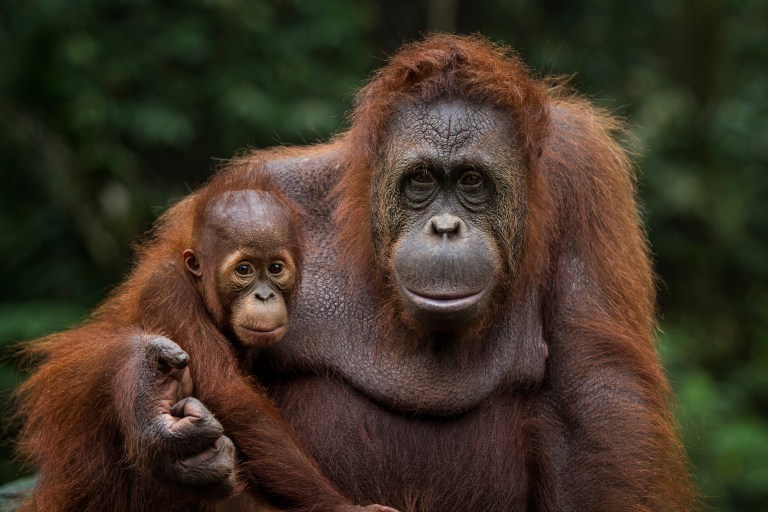 During the past two months, The Orangutan Project has seen a significant increase in confiscations of orangutans that were being illegally kept as pets, the organization reports.

The organization has worked with partners and authorities to rescue eight critically endangered orangutans. After being rescued, the orangutans are rehabilitated and given another chance to live in the wild.

The organization warns that this is just a small piece of what could turn into a large problem. Founder of The Orangutan Project Leif Cocks shared, “The mass deforestation of Borneo and Sumatra has left remaining populations of Critically Endangered orangutans deeply vulnerable to poaching and the illegal wildlife trade.”

Cocks continued, “Displaced orangutans will often enter plantations in search of food and are then killed as agricultural pests. If they’re female, their infants are sold on as pets through the lucrative illegal wildlife trade.”

Cocks believes that the COVID-19 pandemic has exacerbated an already dangerous situation, as many Indonesians affected by the pandemic are thrust back into poverty, prompting crime networks, he shared over email.

Orangutans are in jeopardy due to extensive deforestation and the palm oil trade. The World Wildlife Fund lists the animals as “critically endangered.” There are now thought to be about 104,700 Bornean orangutans in the world, and 7,500 Sumatran orangutans.

Fortunately, according to The Orangutan Project, “confiscations themselves help to destroy the trade in orangutans because buyers will become wary of purchasing orangutans who can be confiscated at any time.”

Sign this petition to demand that the US and EU provide funding for the Hack the Poacher platform, so they can find the poachers before the poachers find and kill wildlife.

This article was first published by OneGreenPlanet on 28 May 2021. Lead Image Source: Sofyan efendi/ Shutterstock.com.