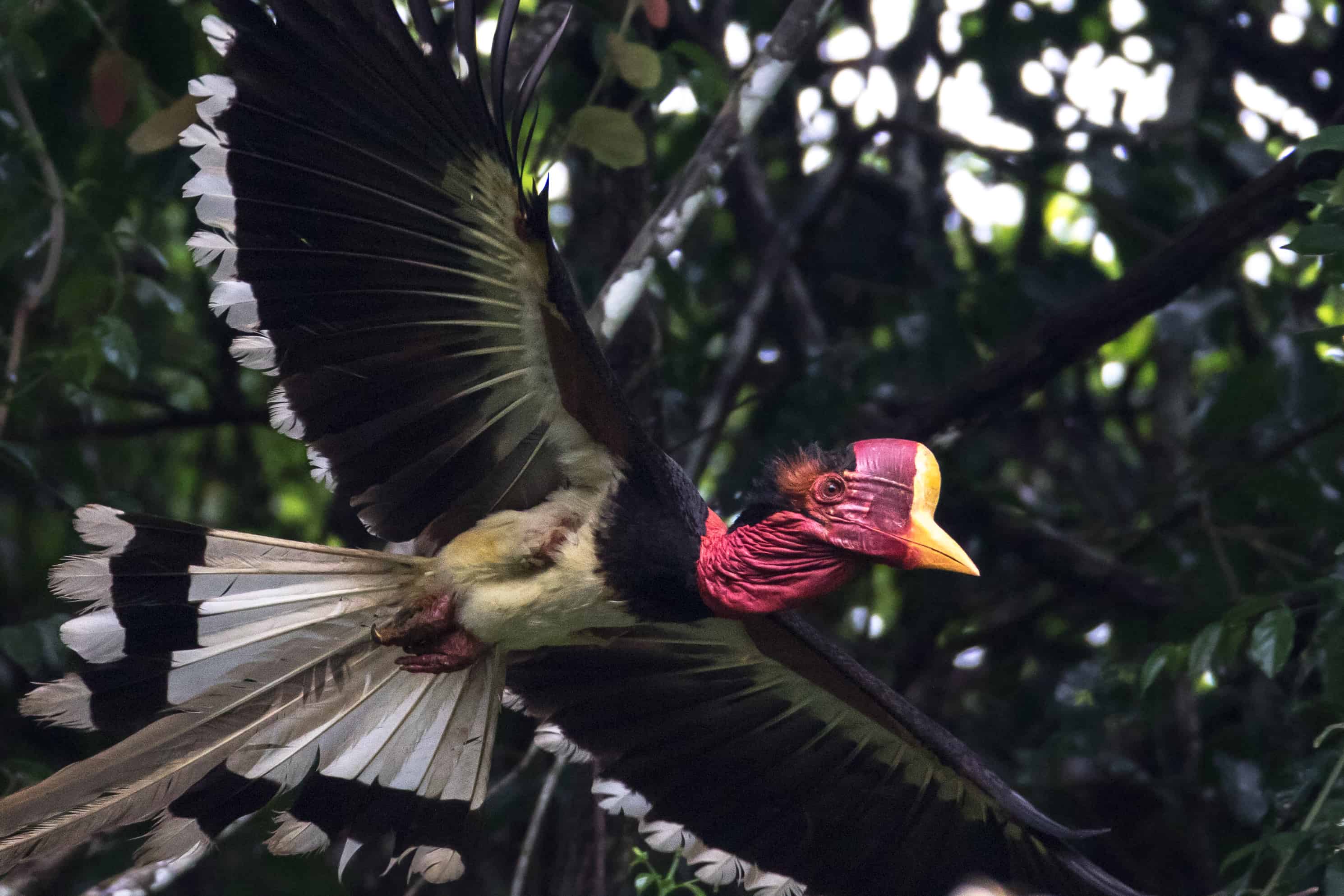 When most people think of poaching they think of the terrible ivory poaching that kills rhinos and elephants.

There are many animals that are often victims of poaching like pangolins and tigers. The helmeted hornbill is at risk of extinction because they are poached for the use of their heads as amulets and decorations.

There are only 200 hornbills left in Thailand,according to Traffic. They have ivory casques and therefore are unfortunately poached in dangerous numbers.

In Bangkok, Thailand there was recently a panel in which conservationists spoke on behalf of the animals and the need to raise awareness.

On the panel,a monk said: “Don’t you know that killing [hornbills] will affect us, because one hornbill help plant 200,000 trees per year?”

The helmeted hornbill’s red beak sells for thousands of dollars per kilo in China,according to Rainforest Rescue. In Indonesia, this rare bird also faces the dangers of palm oil.

The deforestation caused for palm oil production also affects them as it does many animals.

International trade in hornbill parts has been illegal since 1975, but the ban hasn’t helped birds.

If you want the helmeted hornbill to be protected from poachers with strict enforcement of the law, sign this petition by Rainforest Rescue.

This article was first published by OneGreenPlanet on 9 October 2019.