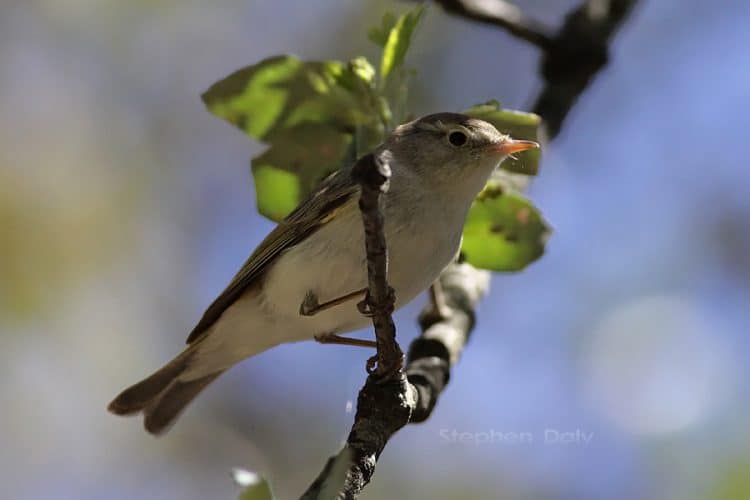 In the dictionary the word passerine is described thus: passerine |ˈpasərin, -ˌrīn|Ornithology
adjective – of, relating to, or denoting birds of a large order distinguished by feet that are adapted for perching, including all songbirds. noun – a passerine bird; a perching bird.

The order Passeriformes comprises more than half of all bird species, the remainder being known informally as the nonpasserines. All passerines in Europe belong to the suborder Oscines (the oscine passerines), so that the term is effectively synonymous with ‘songbird’ there (see songbird). Those of the suborder Deutero-Oscines (the suboscine passerines) are found mainly in America (ORIGIN late 18th cent.: from Latin passer ‘sparrow’ + -ine1.)

This lovely bird arrived this week with not a feather out of place, surviving hundreds of ‘sport’ hunters from many N European countries who go to Morocco, Tunisia & Senegal to shoot birds on migration as a personal challenge and for the sheer fun of it. There are very few breeding Turtle Doves left in France and Italy these days and by annihilating the numbers travelling north through Morocco just shows what a pathetic species we are.

What beautiful and gentle creatures Turtle Doves are

Apologies for this short photo report but time is against me as I continue to lead more tours and enjoy my own back-yard!