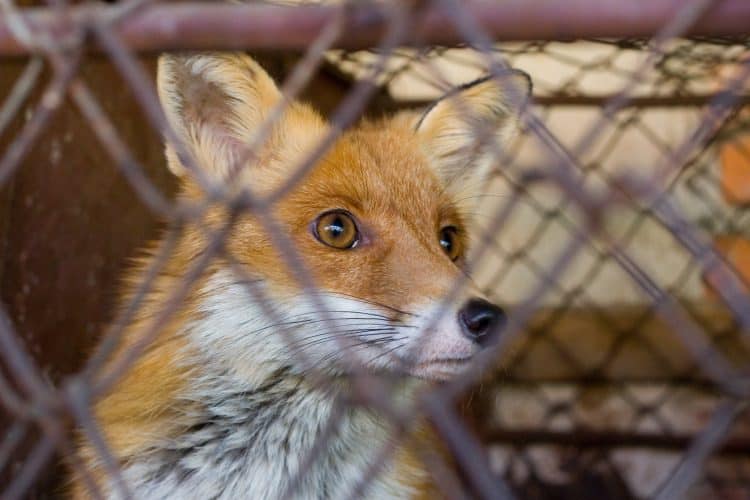 The fur industry is horrifically cruel. Precious animals that should be free in the wild are bred on fur farms in terrible conditions. The most common victims of this industry are mink, foxes, chinchillas, and rabbits.

They’re kept in small, uncomfortable wire cages often in their own filth and amongst the corpses of the other animals. A recent investigation at a French fur farm revealed the horrifying conditions that these poor animals are living in.

It’s been proven that the mental health of animals on fur farms, like all captive animals, suffers greatly. They pace and self-mutilate.

As if the physical suffering they endure isn’t enough, they are also killed in gruesome ways like gassing, bludgeoning, and electrocution.

Thanks to investigations done by organizations like Animal Defenders International(ADI) and One Voice, the world is beginning to realize that such a cruel industry is outdated and unnecessary.

Luxury fashion brands like Chanel and Prada have gone fur-free. Countries like Ireland and Germany have set plans in motion to ban fur farming. And cities including Los Angeles and San Francisco have banned the sale of fur.

Now there’s a chance New York, one of the top global fashion capitals may ban fur! Assembly member Linda Rosenthal introduced Bill A05040 which would prohibit “the manufacture, sale, display for sale, trade, giving, donating, or otherwise distributing of a fur product by any means in the state beginning January 1, 2021.”

Warning: the video below contains graphic content that may be distressing to most viewers.

This would be a huge victory for animals and would send a message to the rest of the world that fashion is out of style!

To support this bill and stand against cruelty, sign this petition urging New York lawmakers to make the state fur free!

This article was first published by OneGreenPlanet on 17 July 2019.