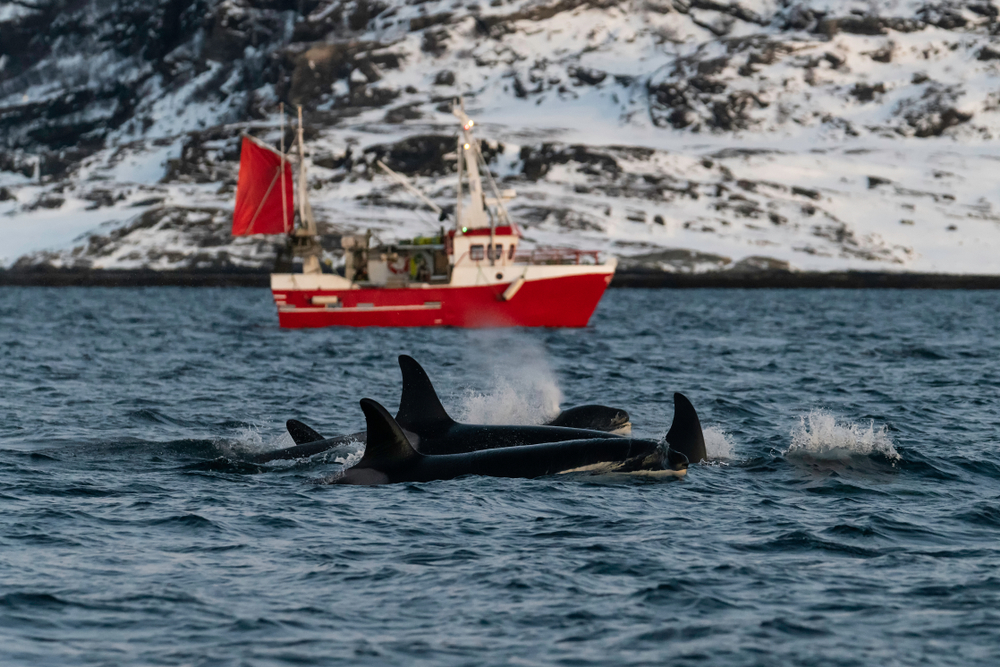 While most of the world is on lockdown in an effort to contain the spread of COVID-19, the deadly pandemic sweeping the world, some countries are still continuing cruel activities. Japan and Norway have decided that commercial whale hunting, a horrible practice, is “essential.”

Despite the global ban by International Whaling Commission on commercial whaling in 1986, Norway, Japan, and Iceland continue large whale hunts for commercial purposes under “objections.” It seems that even a pandemic won’t stop this cruelty.

Recently, Norway’s Ministry of Fisheries announced that this year’s harp seal hunt can proceed despite the country’s lockdown since March 12th. Hunters have a quota to kill 18,548 seals. Because of the pandemic, the only concession is that no animal welfare inspectors will be allowed on board hunting vessels, which is even worse news for the animals.

As Humane Society International (HSI) told one Green Planet: “As well as the hunt breaching social distancing recommendations, the absence of an inspector raises additional animal welfare concerns for a hunt that has seen several animal cruelty convictions in the past.”

The commercial seal hunt in Atlantic Canada has also been allowed to continue despite most people in Canada being under strict public health measures. Harp seals are already threatened by climate change and the lack of sea ice.

Japan is also continuing commercial whaling operations. HSI says: “On March 27, the whaling vessel Yushin-Maru returned to Shimonoseki City after a month at sea with a haul of 20 Bryde’s whales, in the country’s first openly commercial whale hunts since the 1980’s.” Whaling will also proceed in Norway with 1,280 minke whales as the aim to be killed this year.

Claire Bass, executive director of Humane Society International/UK says: “It’s disturbing to think that while all over the world people are making extraordinary sacrifices to stop the spread of COVID-19, whalers and sealers are carrying on with their bloody business as usual, risking infection spread amongst crews and their families. We urge the Norwegian, Canadian and Japanese governments to call an immediate stop to these cruel and unnecessary hunts.”

These hunts are cruel enough as it is with pregnant whales being the most killed animals during these hunts in Norway and the capture of captive marine mammals by Japanese vessels.

To speak up against cruel commercial whaling, sign this petition!

This article was first published by OneGreenPlanet on 9 April 2020. Lead Image Source : wildestanimal/Shutterstock