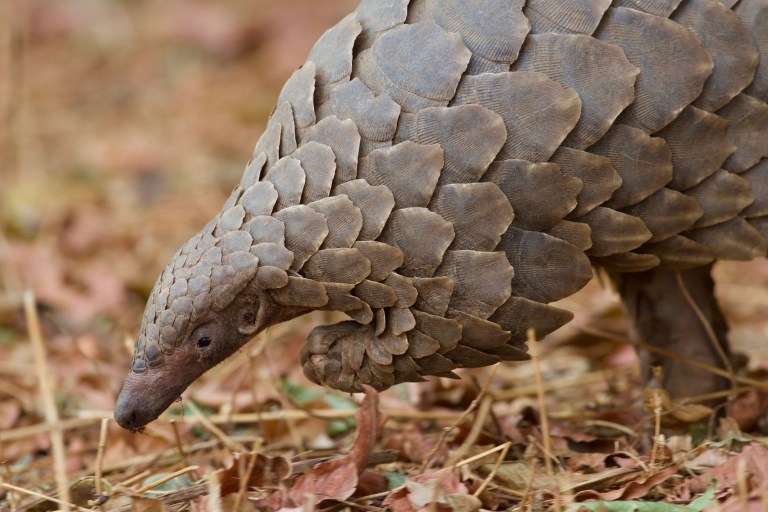 Although pangolins are one of the most trafficked animals in the world, most people hadn’t heard of them prior to the pandemic, when scientists found that pangolins at a wet market in Wuhan, China were likely responsible for coronavirus.

These scaly mammals are so shy and gentle that they curl up in a ball when threatened and usually die from stress if kept in captivity.

Sadly, experts estimate that in the last decade, around one million pangolins were trafficked, and that in 2019 alone, around 195,000 were trafficked. Pangolins are poached and trafficked for their meat, which is considered a delicacy, as well as their scales, which are used in traditional medicines. However, there is no scientific evidence to support the belief that their scales can cure various ailments.

Pangolins getting closer and closer to the edge of extinction even though they are protected under the Convention on International Trade in Endangered Species of Wild Fauna and Flora (CITES.) Fortunately, there are many animal and environmental advocacy organizations putting in the work to save pangolins from poaching and extinction.

In South Africa, a group of volunteers, the African Pangolin Working Group, has been working to save injured, sick, and nearly-dead pangolins.

They come to these volunteers in terrible condition: wounded, emaciated, and dehydrated. However, they are still considered the “lucky ones.” These volunteer veterinarians and wildlife experts are doing amazing, necessary work.

They also want to crack down on illegal pangolin poaching and trafficking, however, they can’t do this on their own. Governments around the world need to provide assistance to help save this endangered animal!

Sign this petition to demand that the United Nations, the United States, and South Africa offer governmental funds and assistance.