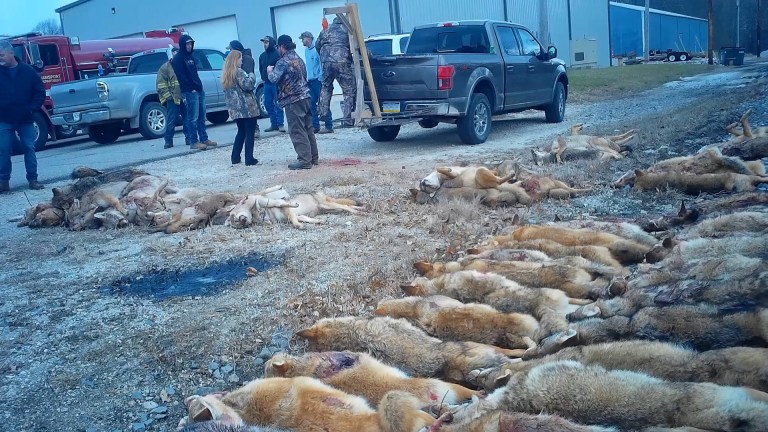 The Humane Society of the United States (HSUS) shared the results of an uncover investigation into a wildlife killing contest in Indiana.

The local fire department held a weigh-in for animals killed in December 2020.

Participants spent two days killing as many animals as possible and then dragging them to the final event to be weighed.

Winners were eligible for cash and prizes. The participants brought dead coyotes that were then weighed and counted. The winning team had killed 16 of 60 total coyotes in the event.

“Wildlife killing contests have no place in Indiana,” said Samantha Morton, Indiana state director for the Humane Society of the United States.

“The pointless slaughter of coyotes, who are cousins to domestic dogs, is an embarrassment to our state. There’s no sportsmanship in this depraved pastime.

We urge the Indiana Natural Resources Commission to follow the lead of other states and ban these cruel wildlife killing contests.”

According to HSUS, at least 18 wildlife killing contests have been held in the state since 2015.

This article was first published by OneGreenPlanet on 15 February 2021. Lead Image Source: The HSUS.