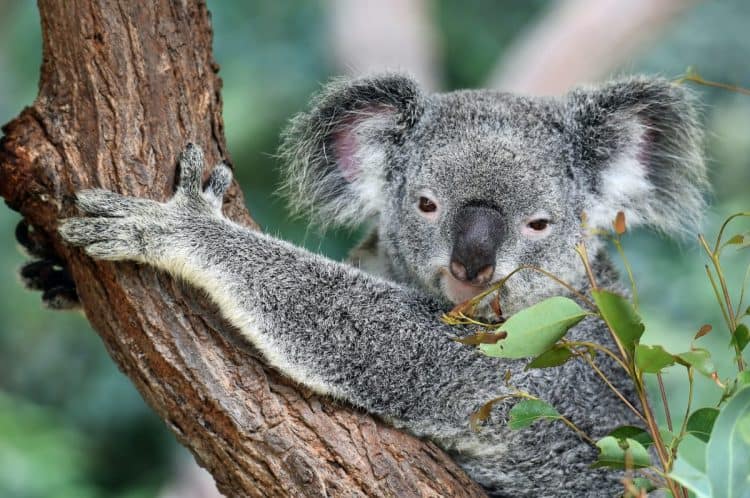 Koalas, despite their nickname, are not bears but marsupials.

The babies, called joeys, develop in their mother’s pouch for about six months; they then spend the next six months riding on their mothers’ backs while using the pouch to feed and sleep.

As adults, Koalas spend most of their lives in eucalyptus trees. They sleep up to 18 hours per day and survive on eucalyptus leaves, eating up to a kilogram per day.

Tragically, according to a Reuters report, Australia has lost nearly a third of its Koalas in the past three years alone.

The reason? Ten years of drought, massive brushfires in 2019 and 2020, and of course human development.

Over 28 years of research, The Australian Koala Foundation (AKF) has constructed a map to estimate and monitor the Koala population in Australia.

Unsurprisingly, every region shows declines in Koala populations, and some regions are left with as few as 5–10 Koalas total.

Koalas are currently listed as a “vulnerable” species—a listing that should likely change to “endangered” to ensure maximum protections.

But the AKF told Reuters that Australia’s government cannot wait before passing new laws; and these laws need to protect Koala habitats rather than protecting the species directly.