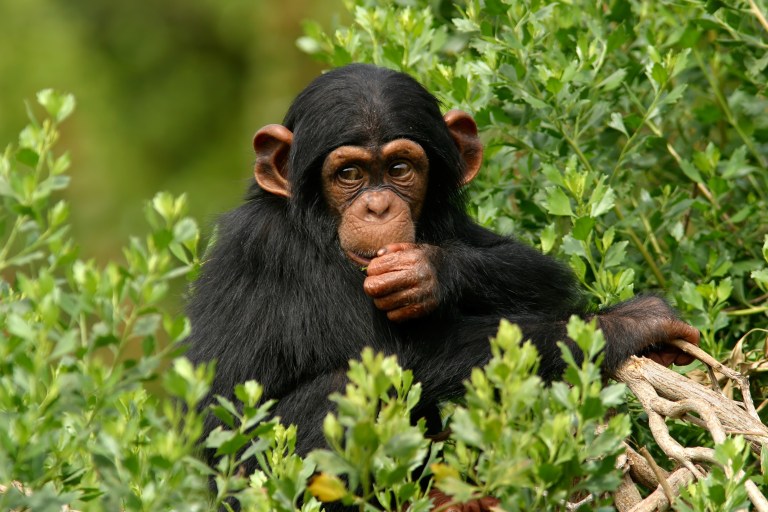 Chimpanzees are highly intelligent and social animals. Sadly, many are used in terrible lab experiments, kept in captivity, and cruelly exploited by humans in a variety of other ways.

Sadly, despite their endangered status, chimpanzees continue to be trafficked, poached, and have their habitats destroyed.

One of the big threats to chimpanzees is the illegal pet trade, as baby chimps sell for up to £10,000. One young chimp named Caliado was recently rescued from traffickers by the NGO WildAtLife.

Caliado’s rescuers found him in a tiny, unsanitary cage and that he had signs of having been tied up, with rope burns on his skin.

He obviously has a lot of mental and physical healing to undergo after this traumatizing experience, however, the young chimp is recovering and receiving medical care.

In addition to stressful conditions and treatment, chimps like Caliado have to watch their families be slaughtered for bushmeat by poachers while being taken from the wild. Then, they are smuggled to be sold as pets under the guise of being legal exports to zoos.

These poor chimpanzees suffer so much physically and mentally and this illegal trade must be better regulated. The Convention on International Trade in Endangered Species (CITES) is supposed to be regulating global wildlife trading in order to protect animals that are part of endangered species.

Sign this petition to ask CITES to do their job and protect chimpanzees!