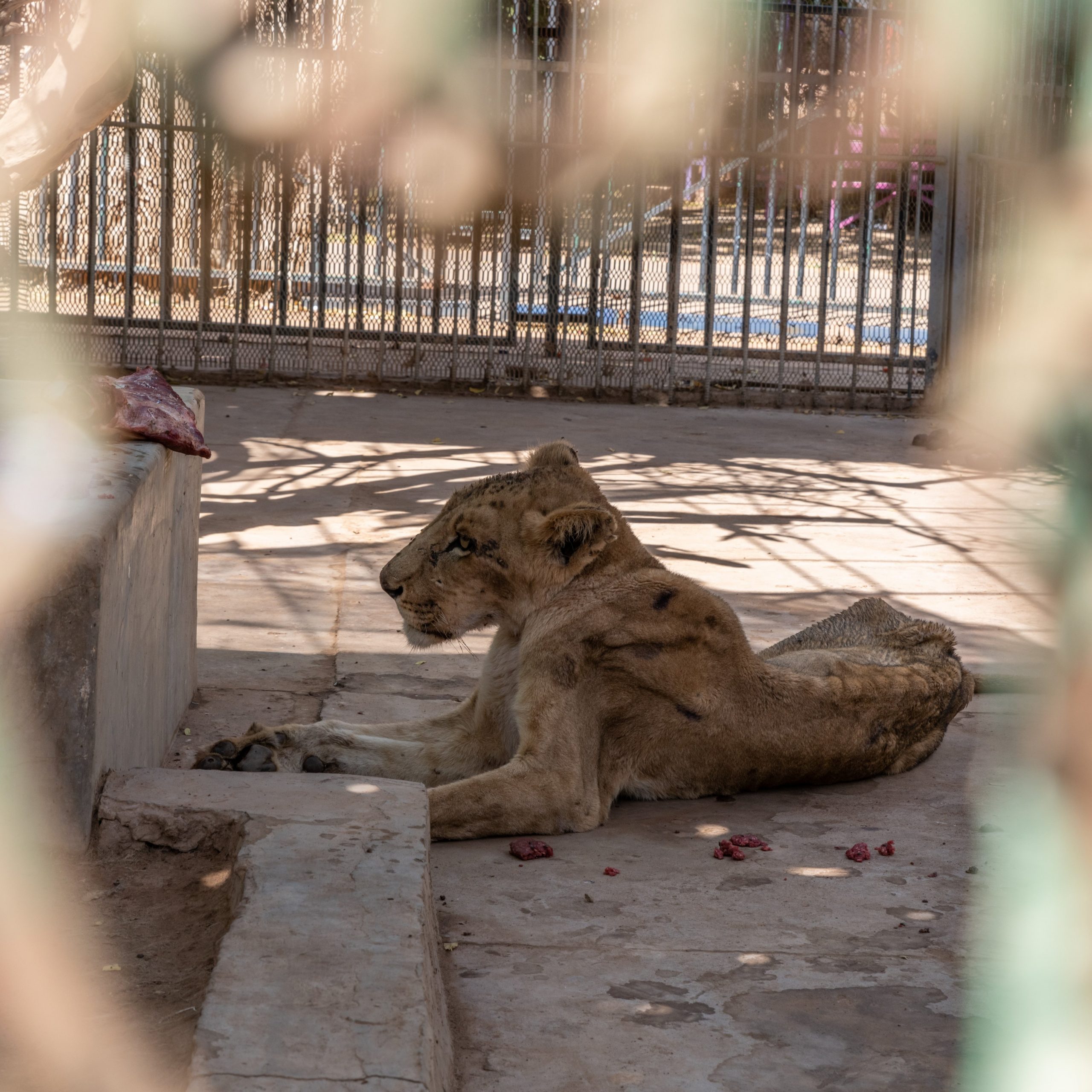 The Al Qurashi Family Park Zoo in Sudan’s capital city of Khartoum went viral recently when photos revealed that the animals were in deplorable conditions and not doing well.

The animals, especially the lions who were particularly in bad shape, were no longer being fed by“the wildlife police guards who were charged with their upkeep stopped feeding them regularly.”

They said this was all a result of the country’s economic crisis. Either way these animals need help.

Fortunately, Four Paws has stepped in to do as much as they could for the animals. Thanks to donations, they’ve been able to provide medical aid.

Four Paws is doing amazing work, but the animals shouldn’t be living in these conditions. As this petition states: “why is a zoo – which can’t afford to feed and care for its menagerie – even allowed to have animals.

As animal lovers, we know that no wild animal should be held in captivity, but when you add the fact that they are forced to live in unsanitary, unsafe conditions, the captive animal’s plight is even more heart-breaking.”

We completely agree. Animals shouldn’t even be forced to live in captivity. Situations like this are perfect proof of why wild animals should be left alone in the wild.

Sign this petition demanding that the park send the animals to sanctuaries where they can be well taken care of.