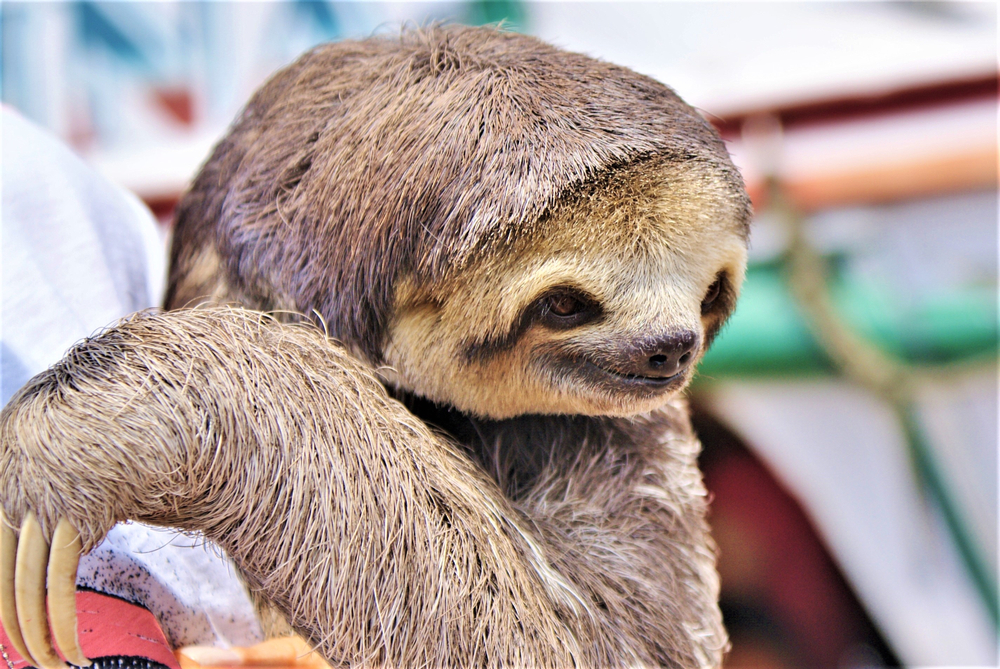 Sloths are absolutely adorable, there’s no denying it. But it doesn’t mean they are pets or that we should disregard their wellbeing for the opportunity to come in contact with them. In recent years, it seems that sloths have been gaining popularity amongst people, which is actually not good for them.

They already have their own set of plights to deal with. For instance, they’re often targeted for their fur which some believe can heal breast cancer, and they are severely affected by deforestation. Some sloth species are even classified as endangered, with one species (Pygmy Three-Toed sloth) classified as critically endangered.

Studies have shown that sloths actually experience abnormal blood pressure reactions when they come in contact with humans. A Brazilian study observed their circadian rhythm and found “sensitivity of these species to the presence of humans.”

Yet people still exploit these innocent animals for profit.Tourist attractions, Wild Florida and Alligator Attraction, sell tickets to “sloth yoga” classes. They also encourage visitors to touch the sloths, feed them, and take photos with the sloths (“slothies”).

This is not a safe and comfortable environment for sloths, especially not Hoffman’s two-toed sloths, who are naturally solitary and predominantly nocturnal.

Making an animal uncomfortable, nervous, or keeping them in such an unnatural habitat is not good for them. It’s not worth the photos or social media post.

The attractions claim that the sloths are cute and cuddly, but as this Care2 petition states: “These are wild animals that should be understood from a distance, protected, and certainly not cuddled.

By hosting these absurd events, these tourist attractions are furthering the dangerous notion that sloths exist for human entertainment.”

If you agree and want the best for these sloths, sign this petition urging these tourist attractions to stop exploiting sloths!

This article was first published by OneGreenPlanet on 15 December 2019.