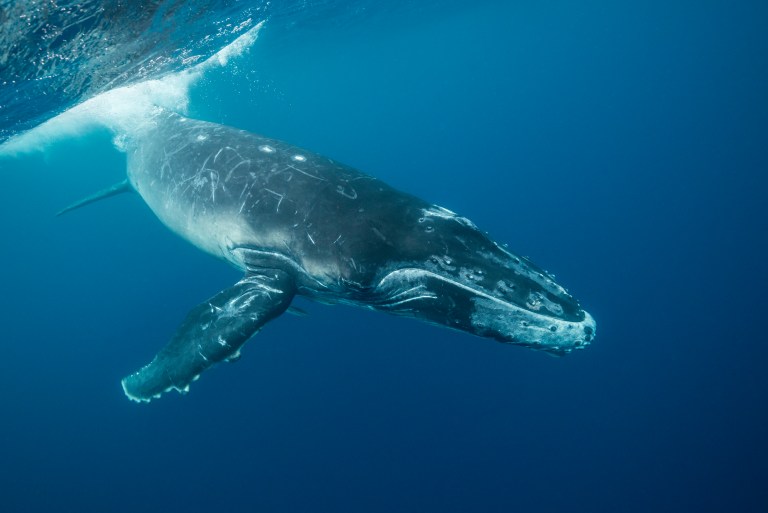 A blue whale in Chile was caught on animation through a new study. Researchers tracked a whale moving through a busy gulf surrounded by ship traffic. In the animation, the animal looks hectic as it moves between traffic.

While blue whales spend time feeding in the South Pacific Ocean, a new study published in Scientific Reports found that whales could encounter up to 1,000 vessels each day during the summer migration period.

Lead study author Luis Bedriñana‐Romano, creator of the data visualization and a researcher and doctoral candidate with the Austral University of Chile (AUC) in Valdivia shared information on the study with Live Science.

The research center collected satellite data of 20 tagged blue whales, which allowed them to see how whales interact with ship traffic. Data found that whales could be dodging at least 700 ships each day during feeding.

Because the center doesn’t have available data for all ships in the area the number of ships a whale deals with daily could be much higher.

“What is important here is to show a glimpse of the vessel density [that] whales are exposed to,” Bedriñana‐Romano told Live Science in an email, “We know we are underestimating the risk.

However, more than 83% of analyzed vessels belonged to the aquaculture fleet so we know this is the sole industry shaping marine traffic in the area.”

Sign this petition to urge the Fisheries Agency of Japan to change their regulations so that no whales caught as ‘by-catch’ may be killed!