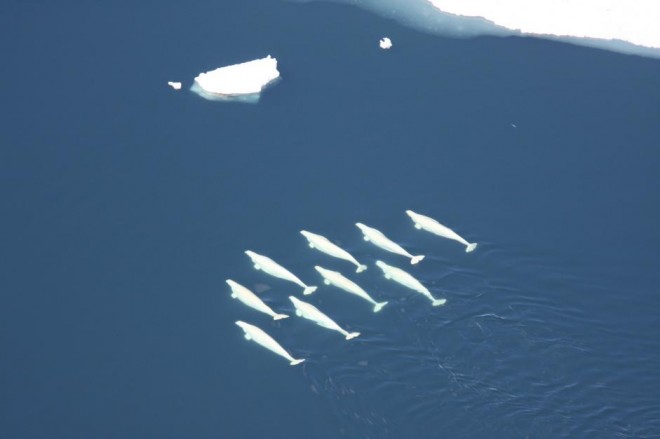 Georgia Aquarium wants to import 18 wild-caught belugas, despite the National Marine Fisheries Service ruling that it can’t because of conservation issues.

The whales would come from Russia, torn from their family groups and destined for a miserable life behind glass. According to the Fisheries Service, five of these whales could still be nursing, i.e. dependent on their mothers.

The Fisheries Service refused a permit to import the whales on the grounds that this could have a significant impact on the wild population.  Georgia Aquarium, however, is not taking no for an answer and plans to fight to ruling to the best of its ability.

Tell Georgia Aquarium to stop fighting for the “right” to endanger whales and to start phasing out the keeping of cetaceans altogether.

yes, they are belongs to Ocean , thanks

The thought of whales in captivity is horrifying! How sad.

These are intelligent species and most certainly don't deserve 'captivity' , so lets get this right please.

The people who want to capture these whales are low-life scumbags! These greedy piles of garbage should be caged in jail

We’re trying to save wildlife ,not split it up. When are the powers that be recognize this as fact. Is this mans’ stupid greed once again????? These are beautiful,wonderful creatures, and live very happily as ” families ” Why destroy something. like this. Would they try and do this if if was human beings mmmmmmmmmmmmm??????????