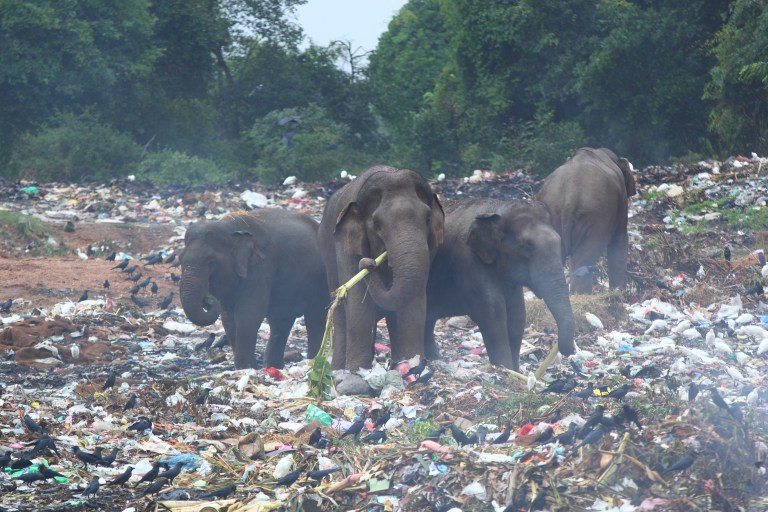 Elephants, an endangered species, face a multitude of threats to their survival, most of which are at the hands of humans.

They are trophy-hunted, pushed out of their natural habitat, poached for their ivory, neglected in zoos, exploited for various tourist attractions, and forced to perform in circuses. Now, a new threat has joined these ranks: plastic.

Habitat loss is one of the greatest threats to Sri Lankan elephants. It causes human-elephant conflict, which has been steadily increasing over the years.

When their habitats are destroyed for new developments, elephants roam into villages and other human-occupied spaces in search of food. Sometimes they are relocated and others may be kept away using “firearms, electric shock or poison.”

Unable to find food in their destroyed homes, Sri Lankan elephants are desperate. Thus, herds of them have been spotted in landfills, searching for food. People have tried using fences and other techniques to keep the elephants out.

However, the starving elephants are determined to get in. Sadly, they end up consuming large amounts of plastic in these landfills.

The plastic is not only toxic, but it also can get twisted around their large intestine causing them to have premature deaths. These magnificent animals have to be protected!

Already signed. Sharing again. We humans should be more like elephants