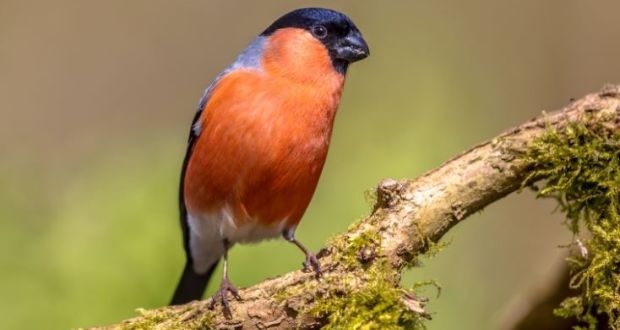 The poaching of wild songbirds has become so lucrative that criminals are monitoring nests in a bid to circumvent the law, according to a senior garda.

A sealed ring on a songbird traditionally suggested it was born in captivity and could legally be sold. But according to Supt Martin Walker, poachers have started stalking birds in the nest and ringing the young birds before they fledge in a bid to get around the law.

“It’s very lucrative. A pair of bullfinches, for example, can sell for up to €200,” said the specialist in wildlife crime. He said that during nesting season, poachers monitor two or three nests at a time, waiting for birds to hatch so that they can ring the young thus avoiding prosecution.

Niall Hatch of Birdwatch Ireland said he was aware of this practice, noting also that “the stress of being captured and handled by humans could lead to the death of some songbirds”.

It’s one of a range of wildlife crimes which prompted the launch on Saturday by PAW (Partnership for Action against Wildlife Crime) Ireland of an app designed to make it easier for members of the public to detect and report a range of offences such as habitat destruction, poaching and the killing of protected species.

The app was launched at an online Irish Wildlife Crime and Conservation conference organised by Wildlife Rehabilitation Ireland. At the conference, Minister for Heritage Darragh O’Brien pledged that recruitment for a long-promised wildlife crime unit under the National Parks and Wildlife Service (NPWS) would begin in 2021.

“While much wildlife crime is local, we should not underestimate the dangers involved in investigating it, as many perpetrators have links with other more serious crime,” the Minister pointed out.

He highlighted a report in the past week which showed that from 2007 to 2019 there were 338 incidents involving birds of prey which were killed, the majority by poisoning or shooting.

The figure was described as “just the tip of the iceberg” by Mr Hatch who said thousands of birds had died over this period with the vast majority going undetected and unrecorded.

Revelations about the poisoning of 23 buzzards on farmland in Co Cork earlier this year fuelled calls for the establishment of a dedicated wildlife crime unit. Mr Hatch said that the use of the banned pesticide Carbofuran in this mass poisoning illustrated the scale of the threat to endangered birds of prey – and also to humans.

“This substance is deadly toxic and would be lethal if someone went to help a bird in distress,” he said.

NPWS rangers believe that pigeons laced with Carbofuran are sometimes used as bait when raptors are poisoned. But Brian Duffy a former conservation ranger with the NPWS said that while pigeon fanciers protecting their investment were often suspected of being involved in the poisoning of birds of prey, sometimes carelessness was the cause.

“Farmers sometimes put out poison for foxes and might not be targeting birds of prey,” he explained.

While the impact of Covid-19 on the restaurant trade has affected the demand for venison, Supt Walker said some criminals were slaughtering deer for “sport”.

“In the last few years they have been bringing out dogs at night to bring down deer which is particularly cruel,” he said. The damage done to deer by three or four lurchers in such situations would leave the meat unfit for human consumption. “These guys are doing it for the thrill of the blood not for profit,” the garda explained.

He said hare poaching was another cruel “sport” which often resulted in a hare being attacked by a number of dogs who pull it apart “like a teddy bear”.

“And farmers are often afraid to confront the poachers on their own land during what I call ‘farm invasions’,” said Supt Walker.

This article was first published by The Irish Times on 26 October 2020. Lead Image: A pair of bullfinches can sell for up to €200, said the specialist in wildlife crime. File photograph: Getty.

What you can do to stop poaching