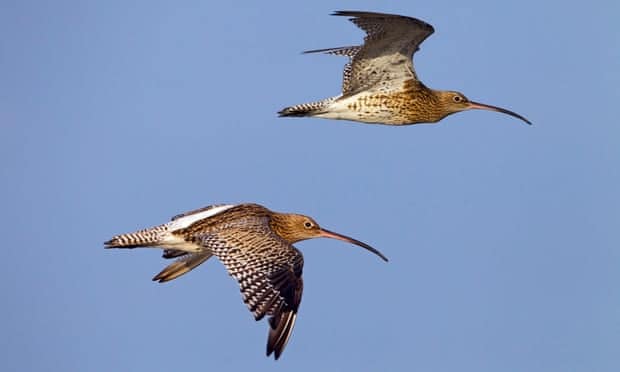 Bird protection campaigners are to lodge an official complaint with the European Union accusing France of breaking rules on hunting and trapping and failing to protect endangered species.

The Ligue pour la Protection des Oiseaux (LPO) is using the 40th anniversairy of the EU’s “bird directive”, which outlaws the “massive or non-selective” killing of birds to highlight what it deems cruel and illegal methods.

These includes gluesticks covered in adhesive lime and set in trees or bushes to catch birds when they land, traps that crush the birds with heavy stones, and nooses.

The LPO says it was forced to act after the French government refused to respond to its complaints and the state council approved gluesticks, saying the method was traditional and there was no other satisfactory method of trapping the birds.

Stone crush traps, once banned for a century, were legalised in France in 2005 and are also considered unnecessarily cruel as often the birds do not die instantly.

Wood pigeons, skylarks, grey geese and curlew are all fair game for French bird hunters, despite a decline in certain species. Legal hunting periods and species quotas are set for different departments, but the LPO says these are often ignored.

Kim Dallet, the LPO spokeswoman, said the Ligue had lodged numerous complaints to the French government over methods of hunting birds and the targeting of threatened species but often without response.

“To mark the anniversary of the EU directive, we’re taking it up to European level, which will hopefully force the French government to respond and to respect the directive,” she said.

She added: “We have species of bird in a bad way in terms of conservation that are still being hunted in France, which is absolutely against the directive. French hunters can kill around 63 different species while in other countries in Europe it’s 20-30 at the most. Also hunters in France do not respect the agreed hunting period or local prefects give them extra hours or days to hunt.

“I don’t know what it is about hunting in France, perhaps because we have more of a hunting tradition. But the situation has to evolve.”

Two reports by French researchers last year found the number of birds in rural areas had dropped by a third in 15 years, partly because of intensive farming and the “massive use of pesticides”.

The French president, Emmanuel Macron, joined a hunt during his 40th birthday celebrations at the Château de Chambord in December 2017. “Hunting is a wonderful advantage for biodiversity, development of our rural territory and a popular activity to safeguard,” he told the hunting lobby.

Chasseurs de France tweeted a picture of Macron with hunters, saying he had “praised the contribution of hunting to nature”, which brought a swift response from the Elysée that the photo should not be published as Macron had specifically banned pictures being taken.

We invite you to share your opinion whether you agree with President Macron that hunting is good for nature? Please vote and leave your comments at the bottom of this page.

This, coming from one of the most unpopular leaders France has ever had. The French love to eat almost anything that moves – frogs, horses etc. How can anyone with a brain believe that killing animals is good for the environment? He’s a politician, and a bad one at that. Stick to what you know Macron and stop giving in to pressure groups and the landed hunting/shooting well off brigade, who no doubt support you because of your tax policies.

Emmanuel Macron is a politician, NOT a scientist. What does he actually know about the biology and ecology of habitats in France, let alone outside of his own country? As usual, he is just another politician who will sell the lives of other species off to placate “voters” without a thought to the harm and the horrors this actually causes. He is clueless as to the outdated institutional “management” tactic of selling permits to slaughter wildlife for no other reason than to “monetize” their existence to generate revenue – not to help the wildlife in any manner whatsoever. With a… Read more »

“Sport hunting’ is a sickness, a perversion and a danger and should be recognized as such. People who get their amusement from hunting and killing defenseless animals can only be suffering from a mental disorder. In a world with boundless opportunities for amusement, it’s detestable that anyone would choose to get thrills from killing others who ask for nothing from life but the chance to remain alive.” – Sir Roger Moore (seven times James Bond). Regarding animal killing contests and trophy hunting: Humans are the species that is drastically overpopulating and destroying the planet. How about a killing contest of… Read more »

Totally agree. It is the overpopulation of the planet that is a major contributor to global warming and the extinction of numerous species. More people = more pollution, more use/pollution of water, more rubbish being thrown into the seas, more forests being cut down to provide cheap cooking oil. More drilling of pristine areas to find fossil fuel for our polluting transport. If the population was considerably smaller, we wouldn’t be faced with the 6th extinction. I’m not altogether sure that the 6th extinction would be such a bad thing as humans, generally and especially in the most overpopulated and… Read more »

No, hunting is sadistic blood lust.

No it’s not, anyone who thinks hunting is good or fun has something wrong with them! Who are we to destroy wildlife? Who are we to decide what lives and what dies?! If it was hunting cats or dogs then everyone would kick off to stop it! All animals deserve to live and live without fear! Only a Bunch of selfish pricks would hunt! (I like to call them hunt with a c!)

NO, I DO NOT AGREE. I’M AGAINST PRESIDENT MACRON. .

Macron – A destroyer of life in so many ways!!!

Without humans there to hunt them, look what happened to the dinosaurs…

I hope you’re not serious….most species evolved long before our species, please take a biology course.

His FB page is gone, so I don’t know what the hell that statement was about. If it was supposed to be some cretinous attempt at humor, it failed miserably. And if it WAS serious, he’s a moron.

No intelligent person could ever believe such irrational statement

Human hunting has no natural relationship with normal predation. Natural predators take the injured, weak, aged, and stochastically removes more from high and dense populations of prey. Birds naturally suffer little predation once they are fledged until some incapacity I listed creates vulnerability. A hunting technology such as gun hunting has been the major driver of severe diminution of birds seasonally in Europe, only since primitive guns arrived by the 1300s. European gun hunters are the main drivers of ecological simplification worldwide, including Africa, South Asia, and the Americas – especially NorthAmerica where species diminution and even extinction have paralleled… Read more »

Lying politicians is NOT unique to any country or any particular time in history. They all have been doing it, some more than others and Macron is no exception. It’s just that here, he cannot fool the scientific minds that know that he is wrong…and why he is lying.

In some countries, hunting is not only a sport and for wildmeat, but also regulating the wildlife numbers. This is because large predators like bear, lynx and predatory birds are absent or rare. There should be set methods of hunting /exterminating. Pesticides have caused passerine bird population to reduce drastically, it includes insectivorous birds which are beneficial to farmers.

“n some countries, hunting is not only a sport and for wildmeat, but also regulating the wildlife numbers”

It is done so in error, and actually has the opposite effect. The “management” of most large animals, especially predatory species, has been to systematically reduce numbers and eventually extirpate them altogether because they are a “nuisance” to livestock farmers – which should be banned – and a “danger” to humans.”

No species that does the rampant damage of humans, with their interference into nature that they clearly do not understand, has any business whatsoever dictating life and death for any other species.