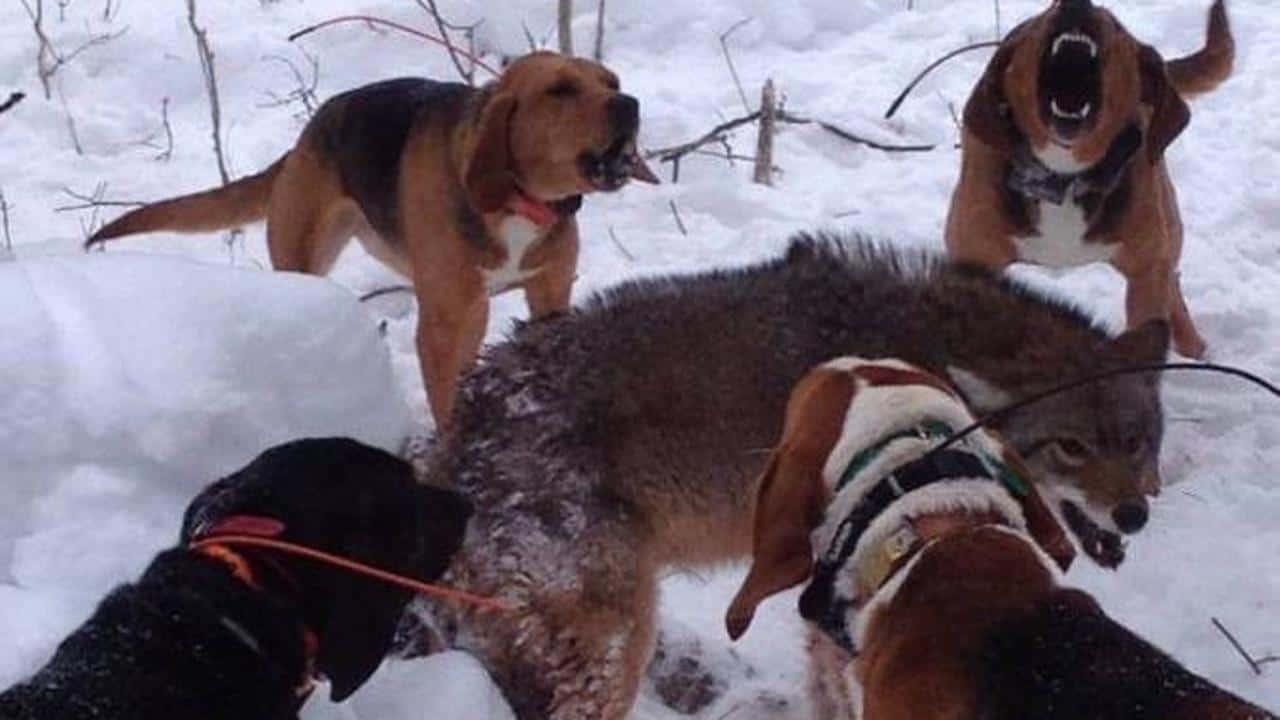 There’s an activity occurring right now in Vermont, on both private and public lands, that many are unaware of: hounding.

Hounding is akin to “dog” fighting; it is lawless and unregulated and those who participate in it have no regard for hunting ethics.

It involves unleashing packs of powerful, radio-collared dogs upon a lone coyote and running it to exhaustion, with the final “treat” of cornering the terrified, and often injured, animal and ripping it to shreds. Photos posted by Vermont hounders show a lone, helpless coyote surrounded by biting and lunging hounds.

All the while, the “hunters” track the chase with GPS from afar, only emerging to catch the tail end of the melee and ultimately kill the coyote. The lifeless, battered carcass is then tossed in the woods like garbage — clear wanton waste.

Hounding also presents threats to property owners, as evidenced in 2019 when hounds damaged a Craftsbury homeowner’s property while pursuing an injured coyote. Another Craftsbury resident shared an encounter during which she witnessed hounds chase a bloodied coyote as it sought refuge under a shed on her property.

Encounters like these occur across the state and most often during the winter months. You may post your land against hunting, but that doesn’t stop the hounds. When this concern was raised with the Fish & Wildlife Department Commissioner, he said, well, hounds can’t read posted signs. So much for property-owner rights.

It’s hardly a revelation that humans have a deep-seated need to demonize an “other,” whether it is a segment of the human population or another species.

That’s why we have laws — sadly, not enough — to provide a barrier to our baser impulses. It’s well past time we stop looking the other way and speak out against this senseless violence.

This article by Lisa Jablow, who is a board member of Protect Our Wildlife, was first published on the Rutland Herald on 19 January 2021. Lead Image:  A lone, helpless coyote surrounded by biting and lunging hounds posted by Vermont hounders.

We invite you to share your opinion whether hounding – the unleashing of packs of powerful, radio-collared dogs upon a lone coyote – should be banned? Please vote and leave your comments at the bottom of this page.