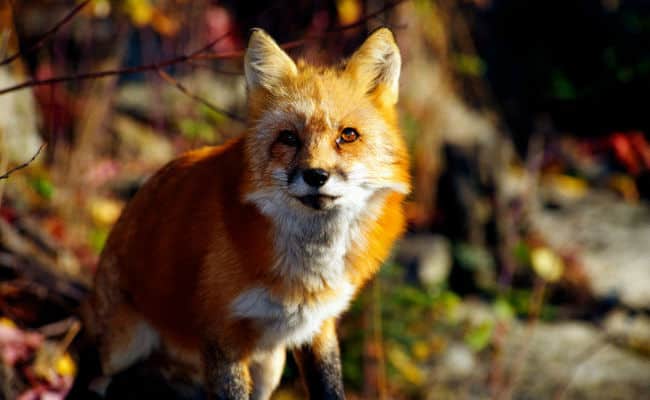 Over 30 celebrities have joined a national campaign calling on the UK government to ban fur imports and add another nail to the coffin of this cruel industry. Will you join the effort by signing this Care2 petition?

Backed by animal welfare groups– including Humane Society International UK, the RSPCA, People for the Ethical Treatment of Animals (PETA), Four Paws, Animal Aid,Brian May’s SAVE ME TRUST, Viva!, The Jane Goodall Institute UK and Open Cages — the petition drive has already amassed thousands of signatures in anticipation of the March 23 deadline. Even so, more support will be needed to trigger a parliamentary debate and hold the government to account.

And that’s why celebrities like Judi Dench, Joanna Lumley, Ricky Gervais, Andy Murray and many more have joined calls for the UK government to act.

We are delighted that so many of the UK’s best-loved celebrities have spoken out in favour of a Fur Free Britain. Their words echo the calls from the vast majority of the British public who want to see an end to animal fur being imported onto our shores.

Fur farming is actually already banned in the UK, a policy that was made concrete in 2003. While the majority of the British public doesn’t support an industry that is, by its nature, cruel and destructive to animal welfare, a loophole has remained for those who think of this practice as “fashion”: imports.

The UK currently allows fur imports from countries like Poland, the U.S., Canada and China, where animals are often bred in deeply inhumane conditions, only to be painfully killed. Despite the domestic ban, the British fur trade’s estimated worth exceeds £500 million. The industry has been known to circulate real furs, and its efforts to promote”ethical fur” have been exposed as a lie.

Why does the loophole exist?

Because several EU states export fur, the UK is prohibited from banning this trade. But the UK is now on the verge of leaving the single market, as a result of the Brexit deal.

This presents an opportunity for the UK to redefine its trade relationship with Europe and to finally ban fur imports — not just from cats, dogs and primates, but also from foxes, mink, rabbits and chinchillas.

The #FurFreeBritain campaign has received widespread public support. As the HSI points out, about80 percent of the British public feels fur is unethical. An Ipsos poll commissioned by Marie Claire and the RSPCA found that 87 percent of people “would never wear real fur”. Furthermore, 73 percent of those respondents said that this was because they thought the industry was morally wrong or that they disapproved of the practice. An additional six percent said they would not wear fur because of how others might perceive them.

The poll also highlighted that half of respondents in this nationally representative sample believe that the “trade in the fur of animals reared on fur farms should not be allowed.” Meanwhile, 55 percent said that “countries should not import fur products if they think the animals used were treated cruelly.”

Clearly, the UK government can act on this issue without fear of public backlash.

Even major fashion labels that had once supported fur are now ditching it. This month icon Donatella Versace told The Economist’s 1843 Magazine that her family’s label will no longer use fur in its designs, proclaiming “Fur? I am out of that. I don’t want to kill animals to make fashion. It doesn’t feel right.”

Handbag and accessories maker Furla has also that it will ditch fur, adding its name to a growing list of designers who view fur as a fashion and animal welfare no-go.

It’s time for the UK government to step up.

Join the Care2 community and sign this petition to demand that the UK government ban fur imports and stop funding needless animal suffering.

We invite you to share your opinion whether fur imports into the UK should be banned? Please vote and leave your comments at the bottom of this page.