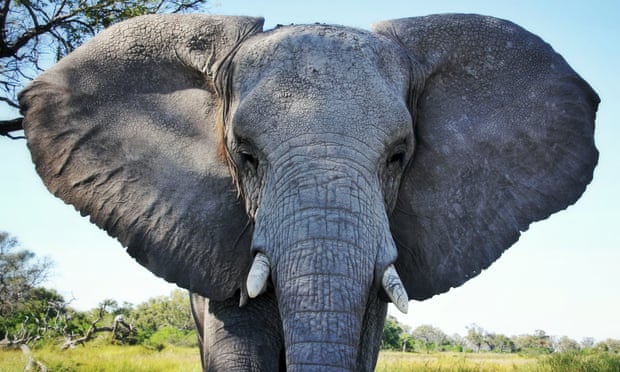 Thousands of jewelry, seals, scrolls and other items made of elephant ivory continue to be sold online in Japan each week, concludes a new report by TRAFFIC, the wildlife trade monitoring network.

About 22 polished and carved elephant tusks were also advertised and sold during the survey period.

Hundreds of ivory products were also advertised on other popular e-commerce websites like Mercari, Rakuten-Ichiba, Rakuma and Yahoo Shopping. An average of 143 new advertisements for ivory products were uploaded every week on Mercari, for example, which is Japan’s leading online CtoC (Customer to Customer) market.

“While online ivory sales remain legal in Japan, the sheer scale of the trade warrants scrutiny to prevent illicit activities,” the authors write.

In the 1980s, Japan was the world’s biggest ivory importer. Even after the global trade in elephant ivory was banned by the Convention on International Trade in Endangered Species of Wild Fauna and Flora (CITES) in 1989, Japan was allowed to legally import several tons of ivory twice: once in 1999 and then in 2008.

However, recent reports by the Environmental Investigation Agency, a nonprofit based in Washington, D.C., have revealed that loopholes and weak legislations have prevented Japan from keeping illegal ivory out of its legal domestic ivory trade.

“The proof of legality at the product level is delegated to a voluntary certification scheme for new products, and regulation over trade in any ivory items other than whole tusks is non-existent,” the TRAFFIC team writes. “These grey areas in Japan’s domestic ivory trade must be addressed accordingly to eliminate potential loopholes for illegal ivory flows.”

In June 2017, the Japanese government updated its Law for the Conservation of the Endangered Species of Wild Fauna and Flora (LCES). It increased penalties for non-compliance and mandated ivory businesses to register all whole tusks in their possession, according to the report.

However, all other domestic ivory trade remains weakly regulated. And the lack of regulation for ivory products other than whole tusks is making it difficult to identify and prevent illegal ivory trade, the authors write. On Mercari, for example, a few advertisements for ivory jewelry explicitly claimed that the products had come from Asia and Africa, making their sales illegal under CITES regulations. But the products’ domestic sale in Japan remains legal under the LCES, the authors write, because Japanese law allows ivory products — except whole tusks — to be traded without any requirement for proof of legality.

These loopholes make it nearly impossible to confirm the origin of ivory products: whether they are legal items of pre-CITES origin or illegally obtained ones, the researchers say. The sellers, unidentified businesses and individuals who trade in auctions and on the CtoC market sites also currently remain outside the regulatory radar.

“TRAFFIC’s findings highlight the need for the Japanese government to scrutinize all online ivory trade and to ensure effective enforcement of the strengthened ivory business regulations introduced through recent LCES amendments,” Tomomi Kitade, Programme Officer for TRAFFIC in Japan, said in a statement. “An urgent overhaul of Japan’s ivory market oversight and regulation is needed to ensure it does not undermine the global fight against illegal ivory trade.”

In July this year, Rakuten-Ichiba — previously named the world’s biggest online retailer of ivory — announced that it was banning ivory sale on its website.Sellers were given a one-month grace period for the withdrawal of ivory products that were already on sale.

This article by Shreya Dasgupta was first published by Mongabay.com on 11 Aug 2017.

We invite you to share your opinion whether Japan should be sanctioned for allowing the ivory trade to continue? Please vote and leave your comments at the bottom of this page.